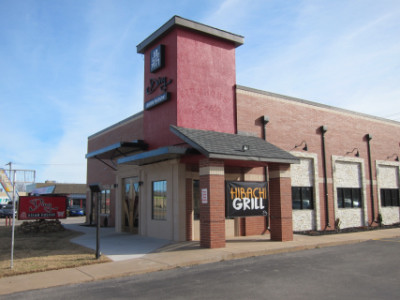 Ding Asian Fusion has been in operation since the summer of 2016, but in this time it has already gone through a transformation (and fortunately seems to have survived intact). It started out as the latest venture of Szechuan Bistro, a popular Chinese restaurant on Memorial Road near Edmond. It so happened, though, that while visiting Szechuan Bistro in 2018 I talked to the man who I learned was the “former” manager at Ding, and learned that their former satellite restaurant was now independent and had new owners. This put into perspective, though, a visit I made to Ding a short time earlier where Ding seemed to be in a parallel time line–most things were as I thought they should be, but certain details were “off” (such as the expressions on employees’ faces when I asked them questions about Szechuan Bistro thinking that this was still their parent restaurant).

I should point out that being an offshoot of Szechuan Bistro gave immediate credibility to the food here, and I was happy to have the same food in a different location. It was not exactly the same in the sense that Ding made the default spiciness at a lower level than the same dishes would be at Szechuan Bistro if you just ordered from the menu and did not specify a spice level. In addition there was a list of more authentic “whiteboard specials” from Szechuan Bistro that they eventually incorporated into the regular menu while Ding never offered them on either the menu or as a special. 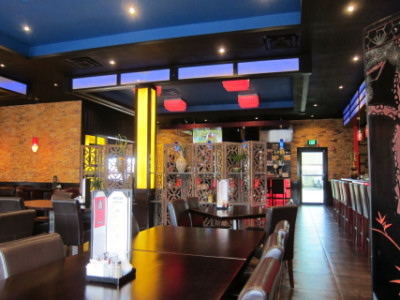 Ding was more of a “fusion” concept, serving sushi and Thai fried rice (I do not know if these are still available). The menu items I saw at Ding in 2018 still looked much like the ones at Szechuan Bistro, with mostly Sichuan style dishes along with a few that are definitely more “safe” for some people (chow mein, moo goo gai pan, etc.). A synopsis of this is that the Ding menu of 2018 was still very similar to the Szechuan Bistro of two years previous, but in that time Szechuan Bistro has expanded their choices to include many items which used to be listed as whiteboard specials.

The ambiance at Ding follows Szechuan Bistro’s upscale concept, prices are good, and lunch specials come with soup and rice (the hot and sour soup here is definitely among the best in OKC). When I ate here in 2018 I still thought I was eating at a Szechuan Bistro restaurant, based on the flavor of the food. I think Ding has a good beginning which they are continuing with new owners and mangers, but it is essentially the same food. 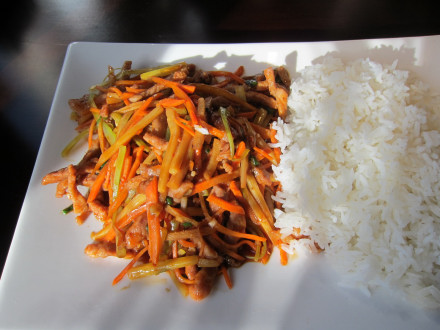 This turned out to be a great choice for lunch although at the time garlic was not an issue (I have already determined that I do not want to book a dentist appointment after eating this dish). The sauce was very well balanced and not too sweet. The vegetables were crispy and flavorful, and overall this makes a great lunch for me.

The ironic thing about this dish is that it serves as a replacement for what was my original favorite Chinese dish in Oklahoma City–the shredded pork at Lotus Mandarin (which was located on 38th Street a couple of blocks from where Ding is now located in the adjacent city of Warr Acres). So if there are any other “old timers” out there who enjoyed Lotus Mandarin as I did, I would recommend checking out Ding. (The flavors of Ding really remind me of Lotus Mandarin, except that I think Ding offers a greater variety of authentic Chinese dishes). 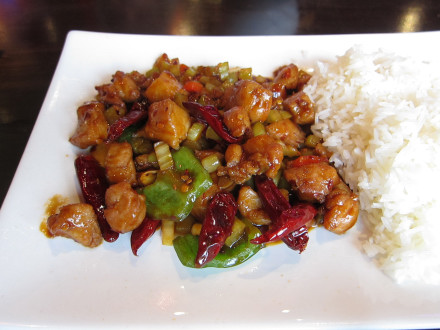 The Kung Pao Chicken is another excellent choice, and has the authentic flavor without as much garlic (at least I think there is less garlic). The difference here is that it includes chunks of garlic that you can either choose to eat or not. The chicken is white meat, and there is a generous portion of celery and bell peppers, as well as red chiles. The sauce was very flavorful, but I think it was made more so by the fact that I asked for the dish to be made more spicy (the extra spice seemed to add a smoky flavor that made the sauce even more interesting in terms of flavor). The dish itself was not extremely spicy, but this is because I generally refrain from biting in to the red chiles.

I was a little disappointed in the number of peanuts that were included and the fact that it did not have any bamboo shoots, but overall I thought this was an excellent dish with a much better than average flavor. This dish was served after the ownership change at the restaurant, but the flavor seemed like the “old” Ding which was essentially the same as Szechuan Bistro (although less spicy). 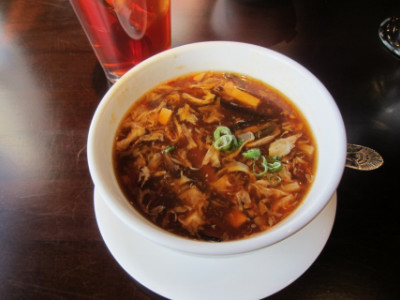 This is one of the soup choices available, and is the one I recommend if you like spicy food (although I don’t think the soup here is as spicy as at Szechuan Bistro).

A Note About the Spicy Sichuan Dishes
Ding has chiles on the menu next to spicy items–either one, two, or three chiles. The shredded pork in garlic sauce has one chile, which I found to be barely noticeable on the spice level. This is fine with me, because I liked the dish, but I just want to make the comment that a dish with one chile is barely spicy at all (and many menu items have no chiles).

While I think the flavor of Ding matches Szechuan Bistro, the spice level apparently does not. So far I think the “new” Ding has continued the same food they have had from the beginning, so I continue to be happy that a very good Chinese choice can be found in the Bethany area. 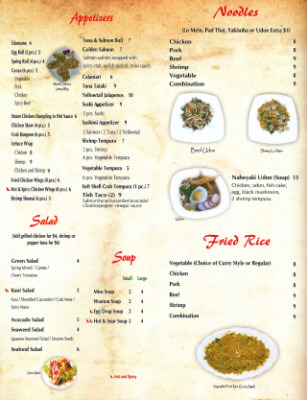 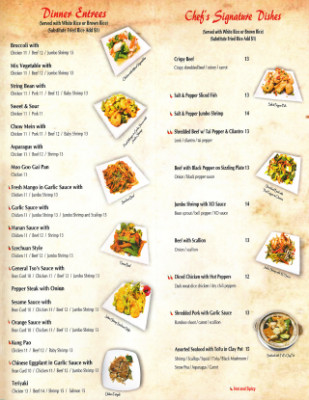 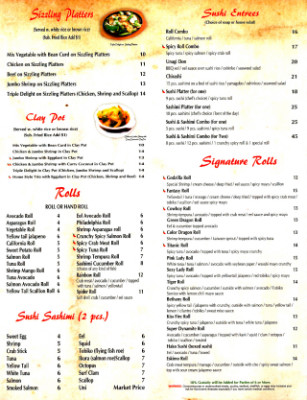 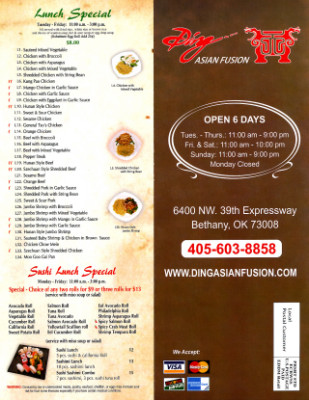