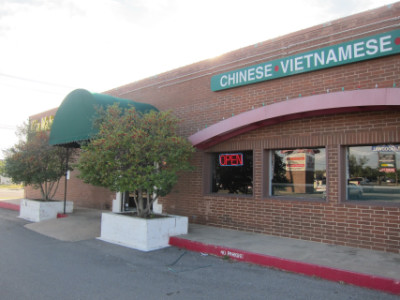 Kim Wah in The Village

Kim Wah has been one of my favorite Asian restaurants in north Oklahoma City for probably more than twenty years (I do not know the exact date it opened). It was originally a branch of Lido Vietnamese Restaurant (a prominent restaurant in OKC’s Asian District), but eventually put a large emphasis on its Chinese buffet (which Lido does not have) and shifted the menu mostly to Chinese food.

In 2016, though, new owners took over the restaurant with the idea of keeping it the way it has been for the last 20 years. I have heard from people and seen comments on the Internet that this may not be working out as well as intended. I have a theory about why this is the case, but with only one visit to the new restaurant I cannot be very dogmatic about it.

What I will say, though, is that the previous owners had possibly the best Chinese buffet in Oklahoma City. I do not care much for Chinese buffets, but this was the one place (after several others had closed) that I thought was actually very good. It would be hard for the new owners, or for anybody, to match what was here before. Some Internet comments indicate that it is not the same as before, but I do not have first-hand experience with the buffet.

The food I ordered from the menu, though, was as good as before, or maybe better. The “old” Kim Wah was very consistent, and I do not know yet if the new restaurant will be the same way. I thought they got off to a good start, though.

Vermicelli Bowls
I have always thought this was one of the best restaurants for vermicelli bowls, and for years they were duplicates of the ones served at Lido. In addition to the good flavor, Kim Wah has always given good portions and has included mint in the vegetable mix. The variety of bowls has also been very good, with lemongrass being my favorite. 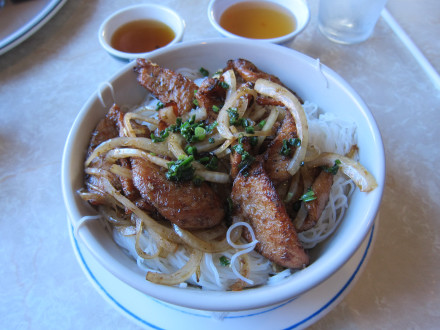 My one experience since new owners took over has so far been very good as far as the Vietnamese food is concerned. The lemongrass chicken has kept most of the elements it had before (including the mint), and if anything I thought it had more intense flavors than before.

The fish sauce was still not as “fishy” as I have found in west coast restaurants, but I think most local people will consider this to be a good thing (especially the past customers of Kim Wah who want the food to remain the same it has been since the restaurant opened).

Hot Tea
The old Kim Wah switched from loose leaf tea to tea bags several years ago. The new restaurant still has hot tea, and has added a loose leaf style Vietnamese tea that I thought was very good (although it may not be everybody’s “cup of tea,” if I can make a very bad pun).

Buffet
They still have the Chinese buffet. Other web sites have comments about whether or not it may still be good. At the old restaurant I thought this had evolved into one of the best buffets in the city.

The selection of Vietnamese items, though, is very small (as it was at the old Kim Wah). I used to order items not on the menu, but I do not know if these are still available. Besides the vermicelli bowls the menu includes Vietnamese hot and sour soup (canh chua). Pho was a very popular non-menu item, and I would think this is still being served.

I was pleasantly surprised that the new owners were able to maintain the basic elements of the vermicelli bowl that had been there before, but also to give it a little more intense Vietnamese flavor.