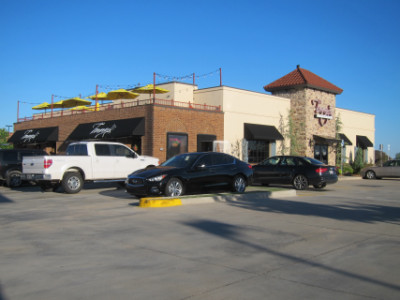 Update Apr. 2019: Tommy’s is planning to move to the Waterford Hotel at N.W. 63rd and Pennsylvania Ave. and take over the now closed Bellini’s Restaurant (the owner of Tommy’s was the original owner of Bellini’s, and will reopen under the Bellini’s name).

Writing restaurant reviews has been a good discipline for me, requiring me to analyze different food and to put them on some type of objective rating scale. Of course I know it is an inexact science, but I am very sure about the things I like.

Back in the days when my restaurant visits were for the sole purpose of enjoying the food, one of the places where this was most easily accomplished was at the old Tommy’s in Northpark Mall (at N.W. 122nd and May). The owner of Tommy’s also opened Bellini’s (which is now under different ownership), but the concept of Tommy’s was a little more downscale than Bellini’s. I enjoyed both restaurants, but somehow the food at Tommy’s was more appealing to my tastes, and I particularly thought the the pizza was unmatched in the city for flavor and quality.

The new Tommy’s on Memorial Road (just east of MacArthur) opened in May 2014. The outdoor patio was not yet open at this time, and it did seem as if they had been starting slow, with a “soft opening” taking place in advance of the official one. It is a somewhat casual restaurant where one would feel comfortable dressing up, and the service certainly seems to be on par with the city’s other upscale Italian restaurants. At first I was a little apprehensive that they were trying to be more upscale than the original Tommy’s, but it seems that they have struck the appropriate balance of having good food but not making it so expensive that I have few chances to enjoy it. 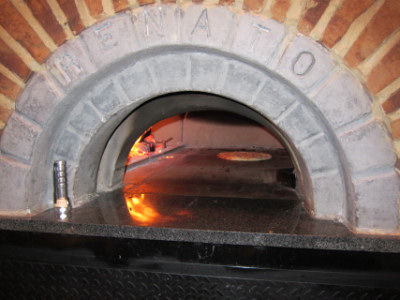 Tommy’s has built a wood fired oven for the pizzas, and the large pizza menu leads me to believe that this is a large part of their business. Even though the pizzas are excellent, they are competitively priced and are a way you can come to the restaurant on a more modest budget.

The restaurant was not trying to sell me drinks, appetizers, or other items which frequently run up the cost of a meal; instead it just seemed that everything was good quality and you could pay a little more if you wanted to go that way. 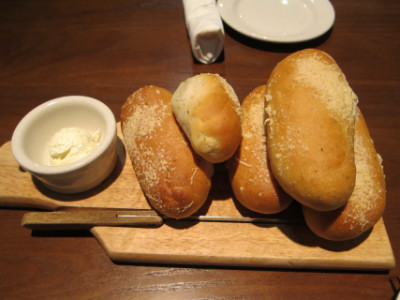 The meal started out with complimentary Bread, and I thought it was about as good as I find in other upscale Italian restaurants. I do not know if they give free refills because I am never able to eat all of the original serving. 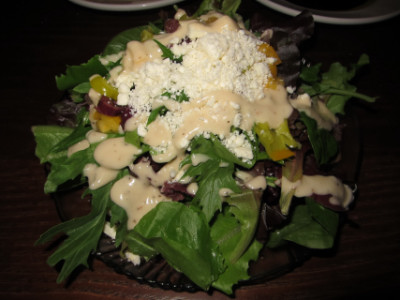 Salads cost extra, including the House Salad I ordered. The salad was fresh, but to me it seemed “busy” with so many ingredients it really did not have a distinguishing flavor. I do not remember the salads being particularly notable at the old Tommy’s, and probably the same is true here. It is a good filler, though, if you do not think the dinner will be enough for your appetite. 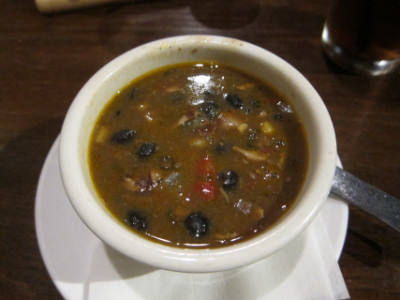 The Santa Fe Chicken Soup was a very good start to one of my meals, with a fresh flavor and large chunks of chicken. The soup contains green chile, although not very much and it is not particularly spicy. 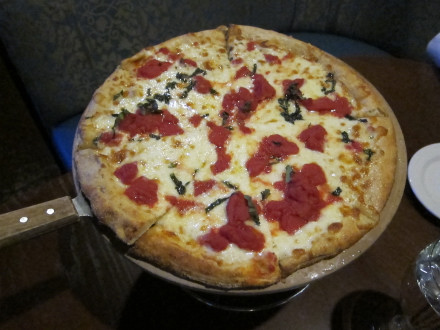 I was very anxious to try the Margherita Pizza, which I remember as being one of the best I have had at the old Tommy’s. This one was as good as I remembered, with excellent cheese and crust (the components of a pizza which I many times find lacking at restaurants). The toppings did not seem any better or worse than at most Italian restaurants, with the exception that it had a rather small amount of basil, but what was there was very aromatic and flavorful (thus the pizza overall still rates as one of my favorites).

Pizzas come in only one size (I believe they told me it was 14 inches), and the one I had was just about right for two people provided they both ordered salads (thus my instinct about ordering the salad was correct). The waiter told me that this pizza had a little different flavor that at the old Tommy’s because of the wood fired grill (considering how good the crust tasted, I would say this was a very good move to make at the new restaurant). 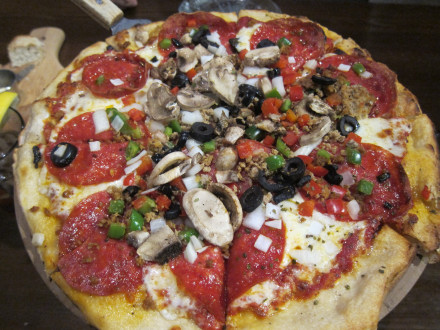 Tommy’s New York Pizza is a good choice if you want meat toppings. I thought the pepperoni was best, though, and next time I would skip the sausage. For my taste I would say the Margherita pizza is better because while its toppings are on the sparse side, the New York pizza is a little over the top, particularly with the spicy sausage. The components of Tommy’s pizza I really appreciate are the crust, cheese, and sauce, and I like the pizzas that do not overwhelm these flavors with the toppings. 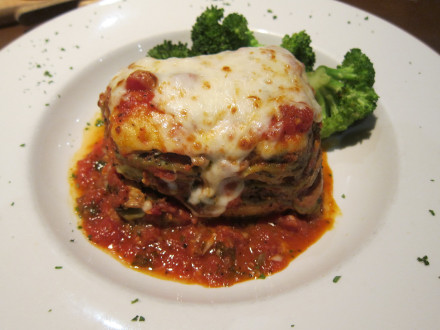 While I thought the sausage was a little much for the pizza, it is a good mix in the Lasagna (along with the beef). This was one of my favorite dishes at the old Tommy’s, and is less so now because I am not as much of a meat eater (otherwise, though, it is as good as I remembered). 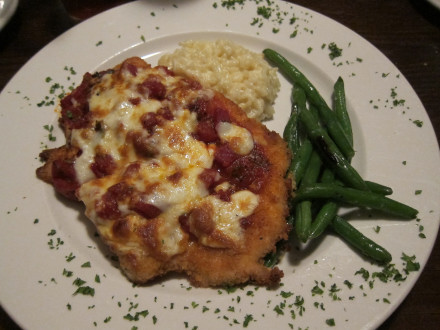 Chicken Parmigiana so far is my choice as the best meat item at Tommy’s. What I like most about this dish is not that it has a unique style that differentiates it from other restaurants such as Papa Dio’s or Vito’s, but that it is very much the same. The side dishes might be a little more interesting than at the other restaurants, though.

The Eggplant Parmigiana had what to me was a fatal flaw–the eggplant tasted like eggplant. This is somewhat of a joke, but I do think the eggplant is better at some other restaurants. 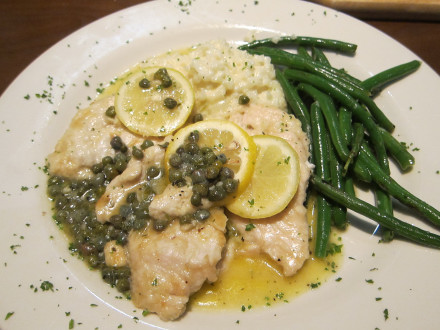 The Chicken Picatta was somewhat of a surprise to me because of the fact that it was one of the best dishes I have experienced at Tommy’s (at most restaurants this would not be the case). For me the sauce had the right amount of lemon flavor and the chicken was very good as well. I always consider it a gamble when I order something that does not have red sauce, but in this case it definitely paid off.

Other Comments
I do not know the best dishes here because I mainly stick to the ones I used to order at the old Tommy’s. Having tried the chicken picatta, though, I know it is worth exploring the menu to try other items.

About fifty percent of the reason I like Tommy’s, though, is the pizza. I think it has the best crust in OKC, and the other components are good enough to make this overall one of the best in the city.