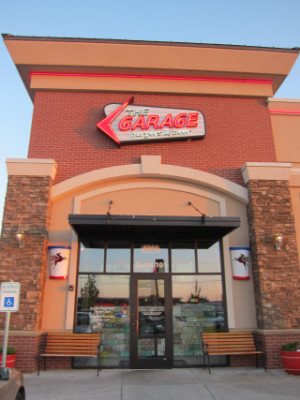 The Garage in northwest Oklahoma City

The Garage is a little bit out of my comfort zone. It is a sports bar (I don’t generally like places this loud and I don’t normally order drinks). It is always crowded, and I have trouble getting a table (several times the people waiting in line have made it worse by sending some people in their party to grab a table while the others are waiting in line, even though posted signs prohibit people from doing this). Even though the restaurant is usually crowded, the parking lot is usually worse (although my time in Seattle made me realize that the parking problems in OKC are not really very serious).

The biggest step out of my comfort zone, though, has been the food. I made several trips here and ordered what are normally some of my favorite items, only to find myself wanting to order something different the next time. I do like the restaurant, but it took me several trips to figure out what to order.

Veggie Burger
At many restaurants I order the veggie burger, which usually provides the same toppings and the same enjoyment as the regular burger, but which I consider to be a healthier alternative. 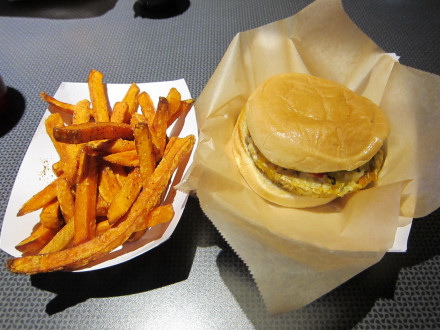 At The Garage the version I tried was the Garden Burger with green chili and a chipotle ranch sauce (I should have known I was in trouble when they spelled green chile as “green chili”). Actually the green chile was good, and was made from the now widely available Hatch green chile. I don’t know why they needed to add chipotle to it, but I thought I should at least try it the way it came on the menu.

The patty was made with rice and mushrooms, and I found it to be flavorful (the problem here was that they seemed to be trying too hard to jazz it up). 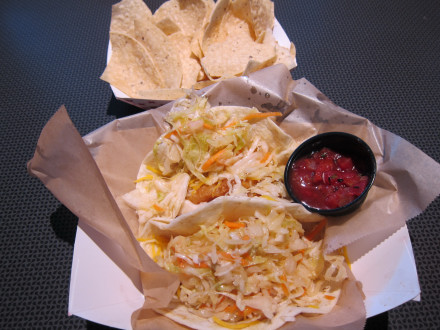 Fish Tacos are another item that I frequently enjoy, and the ones here are probably one of my favorite items at the restaurant. I was disappointed by the mayo sauce they put on it, though, and I don’t know what else could be substituted to make it better.

The tacos came with a flavorful slaw, which I liked, and the fish was good. They would probably taste plain without the mayo sauce, but they would be good tacos. 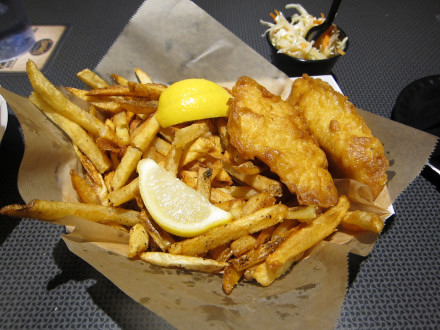 Fish and Chips come with a mayo sauce, but you can skip this and use malt vinegar instead. The french fries were very salty and the slaw that came with it was served in a rather small bowl. The problem for me was the amount of fries that were served compared to the fish and the slaw. 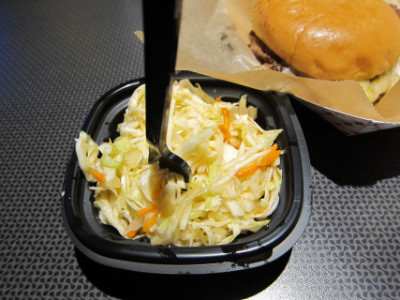 Side order of slaw

For the fish and chips or other dishes you may wish to get a larger order of slaw, and this is also available. This is supposed to be the same slaw that was served at the old Herman’s Restaurant, and it did taste very good. I remember Herman’s, though, and I think the difference from The Garage was that Herman’s served their slaw at a very cold temperature (I am not sure about this, but this is my memory of it). 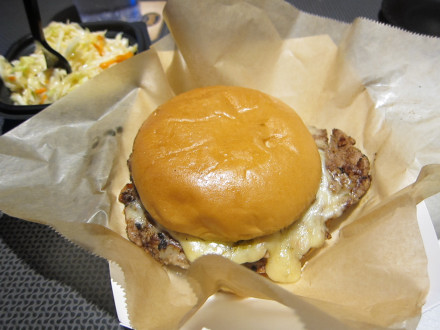 The Turkey Burger was one I liked less than the others, but it does point out the fact that The Garage offers several alternatives to the traditional beef burger. The one pictured had green chile and cheese (without chipotle), which I thought was good.

The best sandwich I have had with turkey has been the Bacon Avocado Ranch version, although I think it is better with bison meat. Turkey is a good alternative, though (and presumably is a little healthier than the bison). 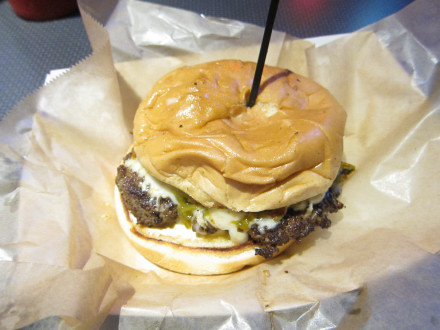 Trying the Bison Burger took me the most out of my comfort zone based on my normal menu choices, but I thought it was by far the most satisfying alternative to a traditional hamburger. The flavor was a little different than beef, but I thought in a good way. The green chile and cheese that came on it made me feel that I had a New Mexico style green chile cheeseburger, and I was very happy with this selection. 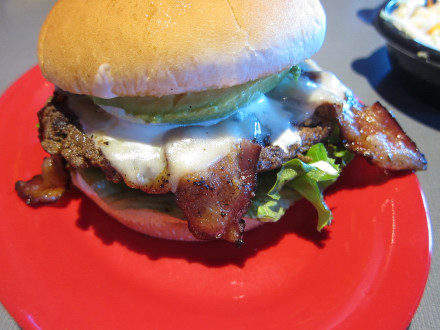 The Bacon Avocado Ranch Bison Burger seems to demonstrate the point that is you want something really good here it will probably be messy. This is indeed a burger where you will probably need extra napkins (I think here they give you paper towels) but the flavor of this one is very good. I was a big fan of their ranch sauce, and the flavor combination of the bacon, Swiss cheese, and avocado was excellent. One thing I also noticed here is that compared to the restaurants in El Paso the meat patties here are quite large (another feature I like about the burgers here).

Overall Comments
I have not tried the hamburger here (on purpose) because I wanted to see if they had any good alternatives. Probably all of the alternatives were what I would call good, but the buffalo burger was what I considered to be the best. 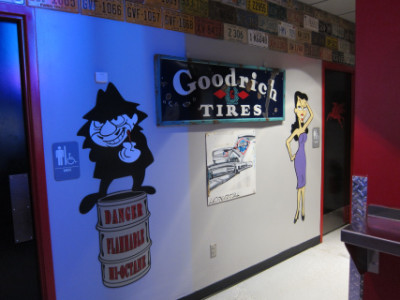 A couple of friends have been here

The non-sandwich menu is limited, but the items I have tried have been good. I liked the fish and chips better than the fish tacos simply because of the fact that I could skip the tartar sauce and use malt vinegar on them (while the tacos come with a mayo sauce).

I almost always order cole slaw with my sandwiches, and I appreciate the fact that they use the recipe from Herman’s Restaurant. The slaw has been a little bit inconsistent, but has been better on my most recent visits.

On The Garage’s menu there are 12 choices of toppings and for each one you simply choose the type of meat (or non-meat) that you want. There are a couple of the choices I have found to be very good (the Green Chile and the Bacon Avocado Ranch). On the Green Chile I am still experimenting with whether or not I like the chipotle ranch sauce, but I have not figured out what to get in its place. The bison meat was my favorite choice for both of these toppings. I thought the garden burger was good with green chile.

I believe they have standard grilled hamburgers here rather than ones that are charcoal broiled, and this is why I have not made a great effort to try them. I think the best feature here is that you can get other types of patties (turkey, bison, veggie, etc.).