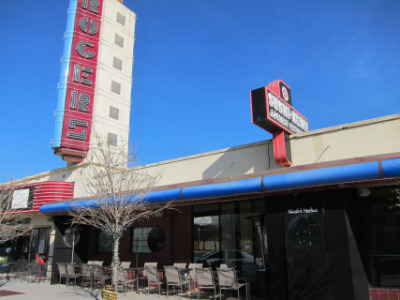 My review for Sushi Neko is in two parts due to making visits around 2005-2006, and again in 2017. In that time the menu changed, prices increased, and I felt that it had become more upscale (I think they just dropped some of the less expensive items from the menu). This is a fairly common trend with restaurants, and it seems to fit the neighborhood along North Western Avenue which is known for having some of the city’s most popular upscale restaurants.

Sushi Neko offers both sushi and grilled items, and in this respect has not changed since its early days. Musashi’s across the street (owned by the same people) has a different concept by putting on a knife show and cooking the food on a grill in front of your table, so there is a choice if you are looking for a Japanese-themed restaurant. 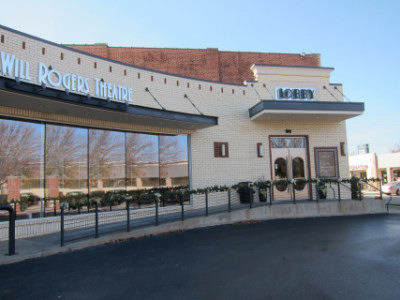 Rear entrance to the restaurant

A change in the menu items was really the biggest difference I noticed between the early and later visits to Sushi Neko. Earlier I saw quite a bit of similarity between Sushi Neko and Tokyo Restaurant, offering a wide variety of cooked items that made them similar to West Coast Izakaya style restaurants. However, there now seems to be a distinct difference between these restaurants with Tokyo keeping its emphasis on both cooked items and sushi, while Sushi Neko has now streamlined its menu of cooked items and seems to have added more sushi items, particularly the popular “rolls” (such as California rolls).

I have not tried the standard sushi (nigiri, sashimi, etc.) recently, but on previous trips it was one of Oklahoma City’s best. The cooked food I tried was good on all of my trips. 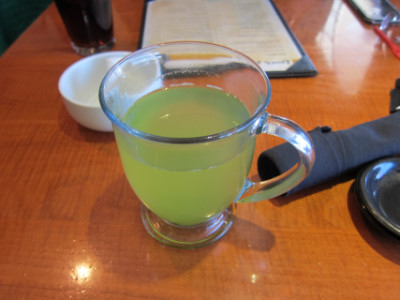 The Green Tea was expensive and did not seem to have a corresponding special quality that elevated it above other green teas. It was very good, though, and they gave me a to-go drink in a very nice paper cup that I ended up using for the rest of the day (so I really got my money’s worth). 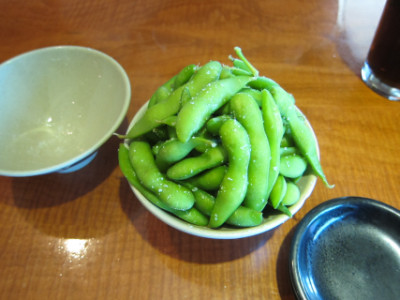 The Edamame was better than most I have had, but to me it was hard to justify paying extra for this when some restaurants (such as Tsubaki Sushi) give it to you free with the meal. 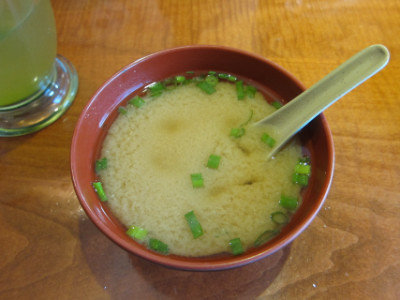 Miso comes free with the meal, and I wrote in my notes that it had a “thick and flavorful broth” (a rare enough occurrence at restaurants that it is noteworthy when I find it). 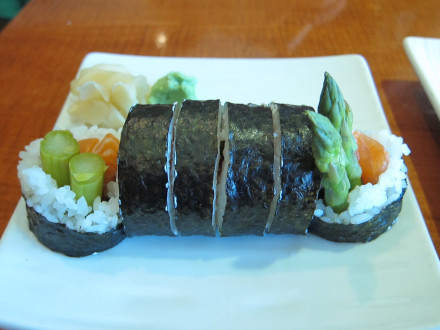 The Philadelphia Roll I was able to sample was really quite good, and I won’t make any comments other than this was one of the better ones I have encountered. 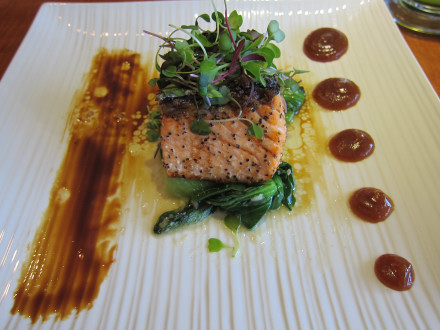 I came here expecting the salmon teriyaki I had ordered on a previous visit, but found that it is no longer on the menu. Instead I was able to order Grilled Salmon from the lunch menu which was somewhat comparable because it came with a glaze that was a good substitute for the teriyaki sauce. I thought the salmon here was probably more impressive than at Tokyo (where I usually like to get salmon teriyaki) and the presentation was very nice (I especially liked the bok choy). This was quite a good lunch although a little expensive compared to places that serve teriyaki salmon (such as Tokyo).

Overall Assessment
The salmon was really so much better than at most other restaurants I thought it was well worth paying a higher price for it. At the same time, though, I cannot afford this often so I treat this restaurant as a “special occasion” place (there was really not very much on the menu that would be any less expensive).

The thing I missed, though, was the “box lunch” concept they have at restaurants such as Tokyo where the lunch comes with side items such as a salad, tempura, or gyoza.

The service was good here, and I was glad I was able to experience the “new” Sushi Neko.