My experience with Social Deck + Dining is a little different because it is based on the dinners they sell at the Homeland Grocery Store. So far I have not visited the restaurant or even passed by it, but I am already becoming a fan. The selection of items available at Homeland is somewhat limited, but I have purchased the two that looked the most appetizing. The dinners are not frozen, but are kept refrigerated so that they can be heated and served.

Social makes the statement on their web site that their food is “simple done well.” Yelp classifies them as “New American,” but I am coming to the conclusion that this type of food is really the Old American style when people followed the time honored recipes and it was done without additives that were meant to extend the food’s shelf life but which made the flavor suffer. The blackened chicken pasta I tried does seem to be “New American” in the sense that it has elements of Italian as well as Cajun food. The meatloaf, however, was very traditional. 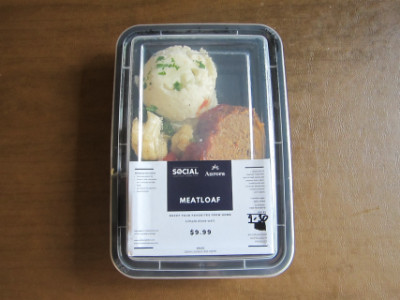 Meatloaf in the package

The Meatloaf comes in a package that is ready to heat and serve. I needed to heat it longer than the instructions indicated, but I think the instructions are conservative to make sure it does not get overcooked. 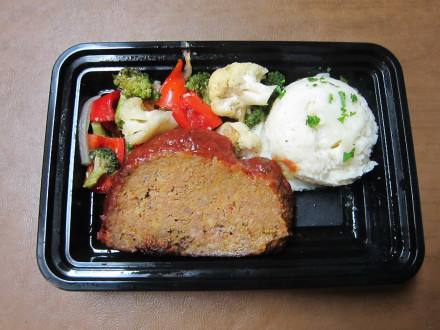 The meat was very good, but most of the flavor came from the tomato glaze (perhaps this is the aspect of it that is New American). The meat did not have a lot of spices but it didn’t need them. The mashed potatoes got their flavor from parsley instead of a gravy, and I liked the fact that they were delicious and seemed to be very much on the healthy side. The vegetables were crisp but Social prepared them in a way that made them more flavorful than most others that are served this way. 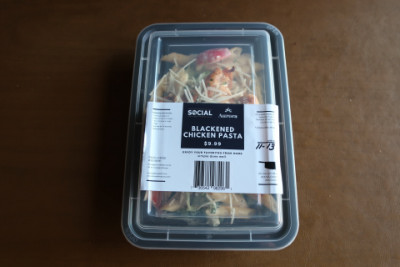 Blackened chicken pasta in the package

The Blackened Chicken Pasta does not seem to be on Social’s menu, although there are some Cajun influenced dishes at Aurora (1704 N.W. 16th St.) which is also listed on the package label. As far as I know this is a special dish available only at Homeland. 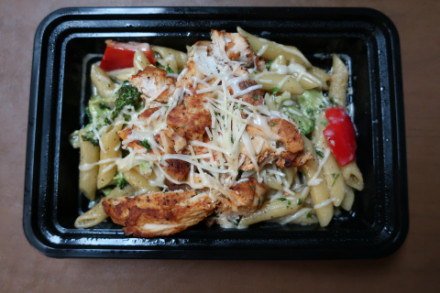 While I was really excited about the meatloaf, I was a little less so with this dish (but still very excited to have a very good alternative to the grocery store’s frozen dinners). The flavor was very good but I thought it had too much garlic. Also it was more tricky to heat because it needed to be warm enough to melt the cheese but not so much that it got overcooked. The blackening was spicy to about half of the level that most Cajun restaurants do it, but I liked the flavor. I think the best part of this dish is the light cream sauce that is far superior to many cream sauces I have experienced.

Other Comments
I think the meatloaf is probably the best out of the restaurant dinners I have purchased at Homeland. This is saying quite a bit because other restaurants represented are some of the most well known and upscale places in the city.

Social’s web site says that it is an American fusion menu inspired by the Pacific Northwest. Of course the best selection and probably the best food will be what they serve at the restaurant. The packaged dinners sold at Homeland, though, are also a great opportunity to enjoy these meals at home.

I do not know if Aurora has the same owners as Social but it has a similar concept concerning the type of food that is served. I think Aurora is mostly known as a breakfast restaurant, but has some lunch and dinner items not served at Social such as some Cajun inspired dishes.