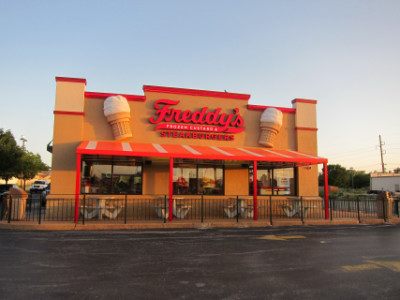 Several years ago frozen yogurt places were a big fad around the country. I thought they were good (what is there not to like about frozen yogurt?) but generally they did not have other food–just the yogurt and a variety of toppings from which to choose.

However, I generally thought the yogurt was my second choice behind frozen custard, and custard places seemed to be as rare as some of the obscure Asian cuisines I seek as I travel to different cities. Freddy’s is a chain of restaurants that serves frozen custard as its dessert treat (or of course you can go there just for the custard). I think Freddy’s has probably been around for a while, but I do not remember trying it until after I had become accustomed to Caliche’s, a chain of restaurants out of Las Cruces (and which briefly operated in El Paso near my home). I suppose my points are (1) I really like frozen custard, (2) custard restaurants are not exactly in every neighborhood around the country, and (3) take advantage of any opportunities you have to enjoy it because it may not always be available at a location near you (and by “you” I mostly mean “me”).

I thought Caliche’s was special, and I really liked it more than the custard at Freddy’s, but Freddy’s is still quite good. The food at Freddy’s also seems to be quite good for a fast food restaurant, and combined with the custard this does seem like a place that would be popular enough to stay in business for a number of years (as it has done). 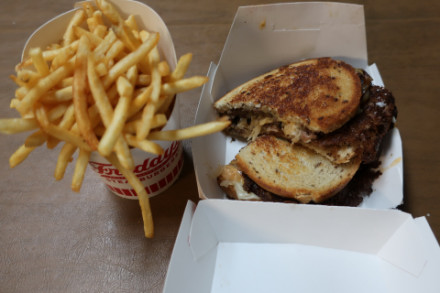 Although Freddy’s has a number of hamburgers and steakburgers on the menu, not many fast food restaurants have a Patty Melt as this one does. Not only that, but it was quite enjoyable. Its toppings are a big reason for this–Swiss cheese and grilled onions are the default. The rye bread is also a flavor enhancer. I added Freddy’s sauce and sauerkraut which I think made it even better (any time I add a restaurant’s special sauce I am prepared for it to go either way). The patty itself seemed to be a very good quality, but I have to say that is pretty much the norm in Oklahoma City. The way Freddy’s prepared the sandwich made it one of the better ones I have had in the area.

The Shoestring Fries, though, were somewhat of a disappointment. I thought they were pretty generic as far as french fries go. Some reviewers on Yelp had said the fries went well with cheese sauce, but I really did not like this sauce at all. 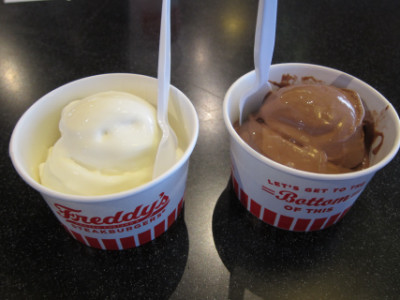 The Frozen Custard comes in several forms, including a cup. There are also larger take-home containers available. 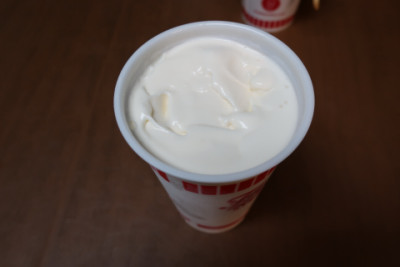 They also have what they call Concrete which usually has add-ins but I tried it plain. They serve it with a straw, and to me it seemed like a very good milk shake (but you have to find the sweet spot where it is melted enough to get through the straw but still very cold). For me trying this was an experiment, and I may very well do this again.

Other Comments
I really do not know if all of their food is as good as the patty melt, or whether I accidentally found the best item, but there is no doubt that it was very good.