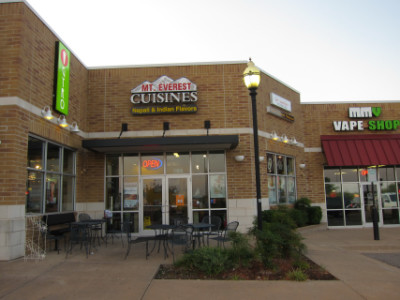 For this review I must give some very big disclaimers. Probably the most important is that I was an almost complete novice to food from Nepal when I came here. Previously I had eaten the Nepalese style chow mein in Albuquerque but that is all I knew about the cuisine. Not every Nepalese restaurant serves this dish, and I am not sure it is a good way to judge this type of food, but it has proved to be one of the things I like best about this particular cuisine.

I did try the momo here (apparently a very traditional dish) and some of the Indian food. I think what I ordered gave a good sample of Nepalese food (the waiter suggested the momo) but there are still many Himalayan dishes I have yet to try. I feel, though, that my experience was not enough to say whether or not this is one of the best Nepali restaurants in Oklahoma City (although admittedly the choices are fairly limited).

Another disclaimer is that I am writing this review in 2021, after I have also tried Eat Katmandu in Oklahoma City (the unofficial name of the restaurant also known as Pasta 2 go). I liked the Nepali food better at Pasta 2 go as well as in Albuquerque, but after a single visit to Mt. Everest I still cannot make blanket statements about which restaurant is more representative of this type of food. 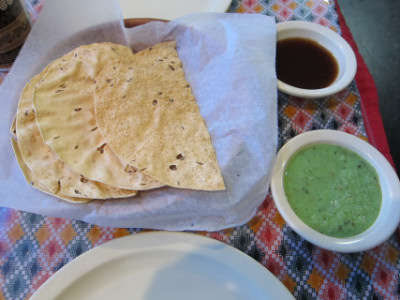 Mt. Everest serves an appetizer of Papadum with their meals, served with two types of chutney. This is not spicy, and tastes much the same as in the other Indian restaurants which serve it. 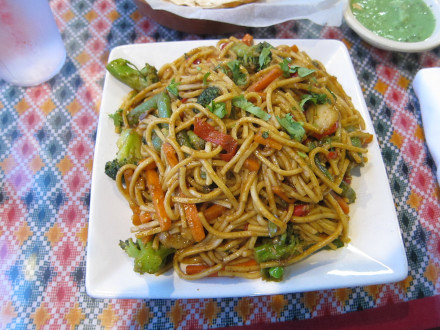 Chow Mein is Nepal’s take on a Chinese dish that seems to be quite popular in the country, and which has been served in all the Nepalese restaurants I have visited so far. I have found two ways of doing this dish–either more Indian style (as Mt. Everest does) or more Chinese style. Pasta 2 go on Hefner Road in Oklahoma City has one that has more of a Chinese flavor (and which is my preference). The one at Mt. Everest is spicier, however, and I think fits in well when one is in the mood for Indian food. Even though it is Indian style, though, I have not found it in Indian restaurants but only those with Nepalese or Himalayan cuisine.

The version shown in the photo is vegetarian, and I think they compensate for the lack of meat by giving a good variety of vegetables to go along with the equally fresh and flavorful noodles. 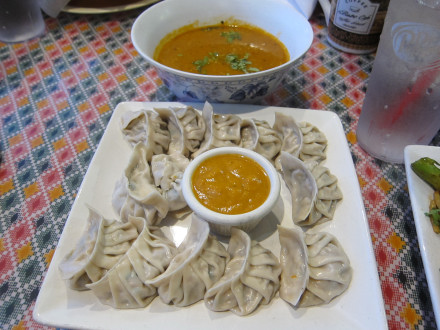 Even though the chow mein was filling enough to be a meal, I shared an order of Steamed Vegetable Momo with my dining companion in order to get another sampling of the Himalayan style cuisine served here. My first instinct is usually to try vegetarian food when ordering items that are Indian style, but I think the meat versions would have been more flavorful than this one. The dumplings were not spicy, but the dipping sauce gives some spice if you want it. This is another instance where I had a better experience at Pasta 2 go (a.k.a. Eat Katmandu) in Oklahoma City, although the two versions were very similar. 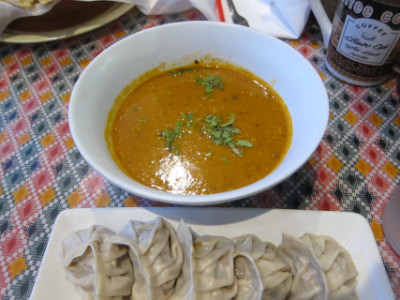 Daal tadka (in the bowl)

The Daal Tadka had a flavor that was a little different than I usually find in Indian restaurants, and I believe this is because it was Himalayan style. They used strong spicing in it (more than I really liked) and I am pretty sure that one of the spices was cumin. I just tried a small portion of it, and my friend who ordered it thought it was very good, but I enjoyed the chow mein more than this dish. 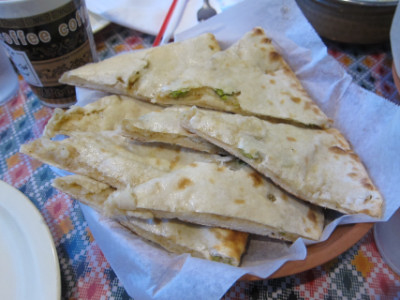 The Aloo Naan (with a potato flavor) was very different from other versions of naan I have tried, and was a good complement to the main dishes. I have found in almost all Indian restaurants, though, that naan is one of the items that I like the best (especially when you eat it with a curry or a daal dish).

Drinks
Their Everest Masala Chai was good and reasonably priced. I think this spiced hot tea is the same in Indian and Nepalese restaurants.

Other Comments
There are several ways to judge any restaurant, with one being the variety of items that are served. For this I think Mt. Everest may very well be the best Himalayan restaurant in Oklahoma City. Much of the menu is Indian food, but the flavor is a little different than I have found in most Indian restaurants. This is in addition to the extensive list of Nepali food with names that may be new to many people (including myself).

For price I was a little bit unhappy with what was charged here. It was nothing outrageous, though, it was just because I wanted to try several dishes and side dishes.

In terms of atmosphere it was a good setting with ample space for tables and good service. The waiter explained the dishes, and seemed to be used to people like me who were not really familiar with Nepalese food.

The flavor is where I was a little disappointed because there was so much spice in just about everything. It was not overly spicy (as in hot) but just seemed to be high in spices like cumin (and for me a little of this goes a long way). The momo and naan were good contrasts to the foods with a large amount of spice in them, but still I think the other Nepalese restaurants I have visited did not do the spice quite to the extent that Mt. Everest did.

Overall, though, I am still excited about this restaurant because there is so much choice on the menu.