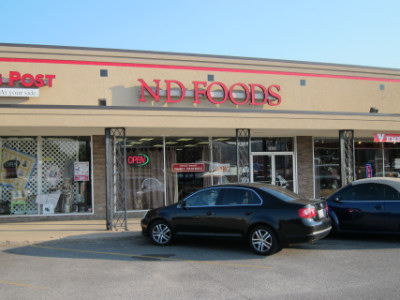 ND Foods in The Village

ND Foods seems to thrive on its take-out business, but it does have several tables for those who want to eat in (you place your order and pick up the food at the counter). I have found food taken home to be just as good as when it is served in the restaurant. The common denominator I have seen with reviews and my own experience is that all the food is very good. A couple of dishes did not hit the spot as much for me in terms of flavor, but the quality, freshness, and preparation of the food has been uniformly excellent.

ND Foods is primarily a lunch spot, but does have quite a few items that go equally well for dinner. It has a large selection of sandwiches, with Boar’s Head meat and other deli ingredients that promise to be a very good quality sandwich (I haven’t tried the sandwiches but I took home some of their Boar’s Head turkey).

In addition to regular sandwiches ND Foods serves hot sandwiches, soups, salads, wraps, quesadillas, and there is a daily menu which may include some other items as well.

Some of the items I would consider to me more for dinner include chicken pot pie and stuffed bell peppers (the menu changes every day, and they are likely to run out of some of the “dinner” items as well as lunch ones if demand is particularly high).

Making a meal out of the food here can be a little tricky because some of main dishes are quite large (and may be more suitable for two people), some of the side dishes are a little pricey, and some of the side dishes themselves are better shared. My suggestion is that you will also want to save room for one of their many excellent desserts.  Side dishes include appetizers such as hummus, chips and salsa, and dip. However, they also have an excellent mac & cheese (which really could be a main dish) and other similar choices.

The history of ND Foods is that it was originally located near N.W. 50th and Western, and around 2010 moved to Britton Road in The Village (in the same strip center as Johnnie’s Charcoal Broiler). The Britton Road location was originally not open evenings, but now stays open until 7:30. They purposely only prepare a portion of the menu every day (rotating items frequently), but I think they are adding new items and specials as time goes on.

Stuffed Bell Peppers
Dinner entrees change daily, but on my first visit they had more than half of the items available that were listed on the menu. When I say these are “dinners” this mainly refers to the amount of food served, since I think some of them could easily be enough for lunch with an equal portion left over for the next day. Everything I tried was excellent, and tasted freshly prepared. 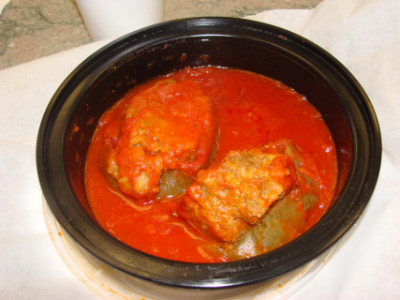 One of favorites was the Stuffed Bell Peppers with a very flavorful tomato sauce on top. The meat had just the right blend of seasonings and ingredients to make it stand out from many similar dishes I have had elsewhere. I am also not usually a fan of bell peppers, but these were cooked just right to give them an appealing texture. 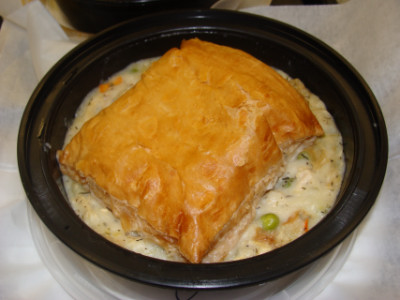 The Chicken Pot Pie was also excellent, and is a good choice if you want to be quite full or have leftovers. I do not know who else even serves pot pies other than cafeterias (and I am not sure if they do), but the one at ND Foods was much better than average. The gravy was light (but not thin), the chicken was excellent (I think it was all white meat), and the dinner did not taste salty. I do not think this is a low calorie meal, but it seemed to have the type of ingredients that would make it more healthy than the typical pot pie. 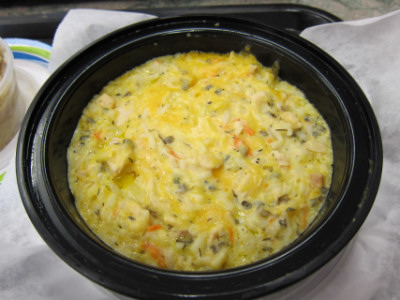 I am not much of a cheese lover, so I was surprised to find out that this was one of the main ingredients of the Chicken Wild Rice Casserole (which was listed as “Chicken Wild Rice” on the changeable menu board). The cheese was much better than average, though, and I thought it melted just right to give a good flavor and texture. The dish was also very peppery, and between this and the cheese it was not my favorite dish at ND Food, but at the same time I could not say there was anything really unappealing about it (just that the menu did not give me a good description of it). 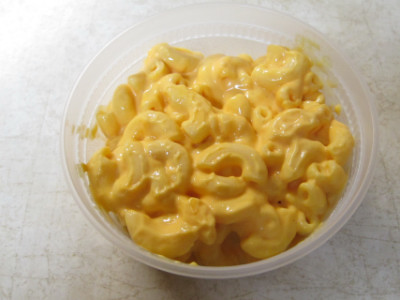 The Mac and Cheese might be considered either a main dish or a side dish (although a side dish that would probably feed two people).  I thought it was exceptionally good, especially since I first tried it after a visit to the dentist when I wanted to eat something soft and easy to chew.  The cheese had a perfect balance of having body yet being runny enough to cover all of the noodles equally. 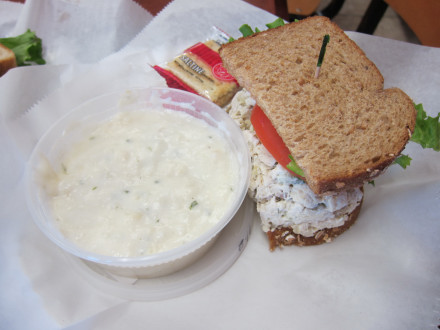 Soup and sandwich with clam chowder and chicken salad sandwich

The Chicken Salad Sandwich is also among my favorite items, but part of the reason is that you can get a half sandwich and soup for a reasonable price. I generally do not order chicken salad because most of them are made with mayonnaise, but this one with sour cream was a step up from the others. 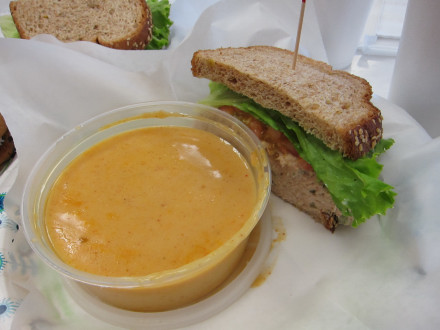 The Tuna Sandwich is not my favorite item here in terms of flavor, but it is a treat because it is made in house and offers a fresh alternative to some of the other sandwiches served in the city. One thing that prevents me from ordering a whole sandwich it is its size (a half sandwich, shown in the photo next to the soup, is more than enough if you get soup or a side order with it). I give this sandwich five stars, but it is just that most of the time I would go with chicken rather than tuna.

Soups
Soups change daily and are not listed on the restaurant’s menu. They are all fresh and made in house, and I do not know how a person could go wrong with any of them.

The Clam Chowder (shown on the photo with the chicken salad sandwich) had a good flavor and a minor imperfection of the broth being a little congealed (at least this is what was in my notes). My overall recommendation is to order it because it is quite good.

The Lobster Bisque (shown in the photo of the tuna sandwich) had a good flavor, and led me to believe that any tomato based soup at ND would be worthwhile.

Side Dishes
Some side dishes such as the Green Beans and Corn had a rather bland flavor, but they were fresh. 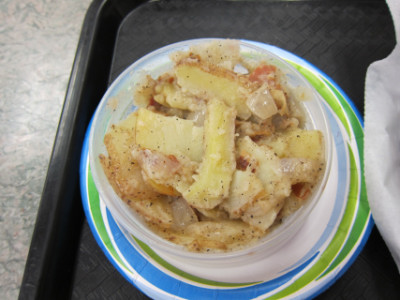 The German Potato Salad, though, tasted like it had too much vinegar or something else was off so that it had little resemblance to the same dish served at Ingrid’s.

I thought the mac and cheese was a much better side dish than the others I tried, but several others are available that I have not yet samples. 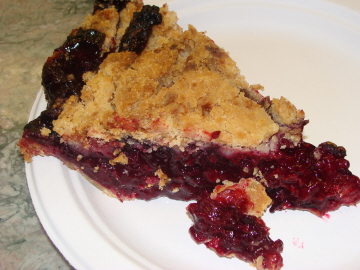 There are so many desserts available it is hard to choose, but the Three Berry Pie was about as good as it gets when it comes to dessert. A single piece of pie or cake costs over five dollars, but it comes in a large size and is worth it because of its home made quality. I thought the pie was just sweet enough to be good but not overly sweet, and the berries tasted fresh. The crust was excellent, and was on the flaky side (but it did not fall apart). The crust and the filling were both top notch. 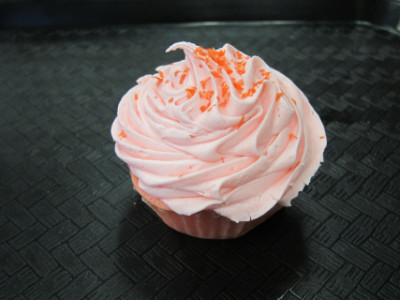 The Strawberry Cupcake was also very good, but I cannot describe very many qualities about it other than “sweet” (but I think that is the point of eating a cupcake). 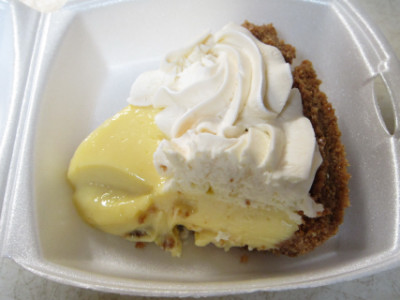 ND has a very good version of Key Lime Pie that I think compares very favorably to the ones served in other restaurants.  There was a good balance between the lime and the other flavors.  You also get a generous portion at a good price. 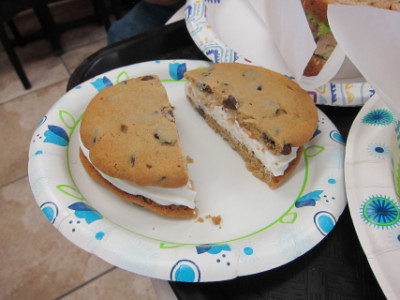 The Chocolate Chip Sandwich was as delicious as the other desserts I have tried here. It was very rich, and a little goes a long way. I am getting to the point that if I have sweets I really want to make them count in terms of flavor, and the cookies here meet this test. 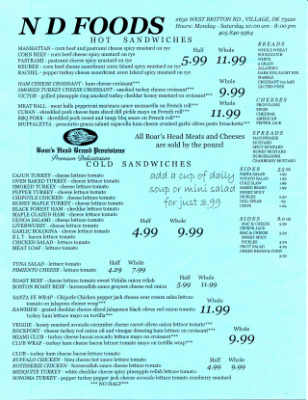 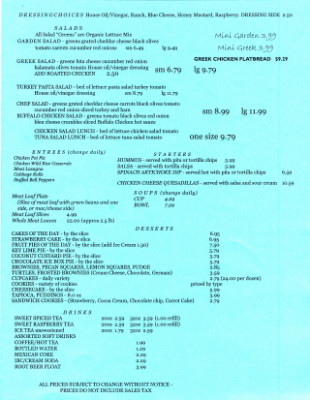