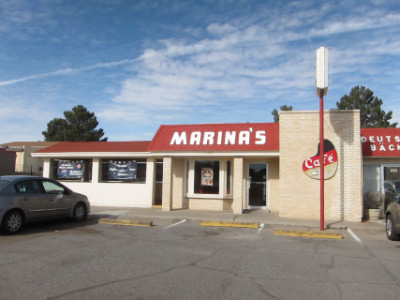 Throughout the years Fort Bliss has had a partnership with the German Air Force to provide training and facilities for German military personnel, and this has led to better than average German food being available in El Paso. One establishment that may not be well known, though, is Marina’s German Bakery on Trawood Drive in east El Paso. The company’s web site says the bakery started out near the main entrance to Fort Bliss, but for a number of years I have known it at its present location. Marina’s produces a large amount of bread and pastries that are sold in such high volumes they sometimes run out of certain items, but everything is always fresh.

For years Marina’s main “claim to fame” was that it supplied the delicious fresh bread served in Gunther’s Edelweiss German Restaurant (which closed in 2010). I know that I really appreciate good quality bread, and the hearty freshly baked bread at Gunther’s was some of the best I have ever had.

Some of the varieties sold include Roggenbrot (light rye), Bauernbrot (farmer’s bread), Schwarzbrot (heavy rye), Simonsbrot (whole grain), and others. Most of the choices reflect different proportions of rye and wheat, and are made to go with different types of meats and sandwiches. In my opinion this is the best sandwich bread in El Paso. When I go I usually buy whatever looks tempting and is available (they seem to cook the bread in smaller batches now than when they were supplying it to Gunther’s, so the best choice is probably found in the morning). 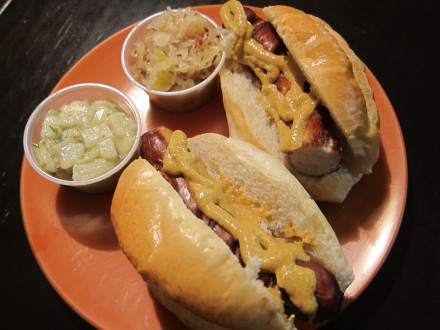 Although Marina’s is not primarily a restaurant, it does serve Bratwurst at lunch along with side dishes (sauerkraut, potato salad, etc.). The Bratwurst served here is similar to the ones served years ago at Smit’s Deli in northeast El Paso, although they are made by a different company. A friend of mine who used to live in Germany states that Peter’s in west El Paso uses the same quality meat and cooks it in the correct method, so this would be the choice if you could go anywhere in El Paso. Personally I am willing to overlook this difference since the mustard and buns are very good at Marina’s, and to me are almost the most important part of the sandwich. The bratwurst at Marina’s is also available to take home where you can cook it yourself if you have a preferred way of preparing it, and in this case I think either Marina’s or Peter’s will provide you with bratwurst that is just as good.

My friend also does not care much for the sauerkraut or potato salad here (supposedly the spices are not right in the sauerkraut and the potatoes are undercooked in the salad). I have not tried them so I cannot comment (the photo above is of my friend’s lunch although I did get my own sandwich).

I have found, however, that lunch plates are not the primary mission of Marina’s. They are a nice plus, though, compared to the earlier situation where bratwurst was only available on Saturdays. 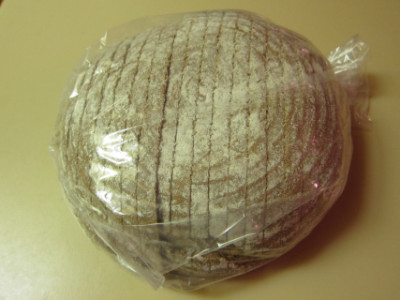 The bread here is as good as I have found anywhere for sandwiches or for eating with German food (I originally found out about Marina’s because their bread was served at the old Gunther’s Edelweiss Restaurant).

Perhaps my favorite bread is the Bauernbrot, one of the lighter ones sold. There were some rye breads served at Gunther’s that went extremely well with the meals, but the Bauernbrot is a good choice for take-home because it has a good flavor and also goes well with just about any sandwich.

When I tried the Schwarzbrot I found it to be very dense, and it is one of my least favorite breads here. It is still very good, though, with German meals (which unfortunately I do not know how to cook at my house). 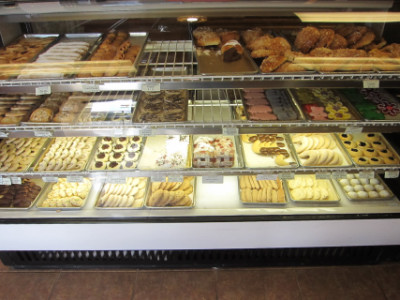 While the pastries are also very good, they differ from the bread in that I believe there are a number of other stores that sell ones of similar quality (while it is difficult to find bread that is in the same league as Marina’s). The above photo shows the variety of cookies that are sold, and I found that my favorites are the chocolate. 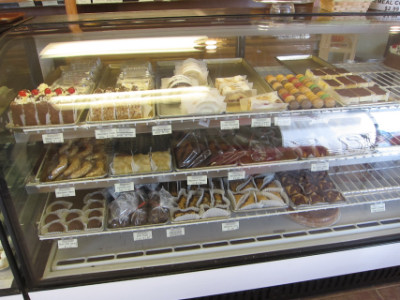 There is another display case for other types of pastries. Although El Paso is a city that seems to be filled with pastry shops, these are some of the few that have a European flavor (they are generally less sweet and rely on just a few ingredients such as the whipped cream that seems to be used in a number of items). 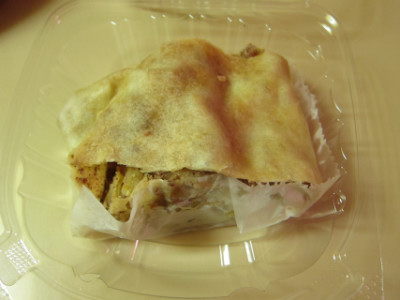 One of my favorite pastries here is the Apple Strudel, which I found to be very flavorful. 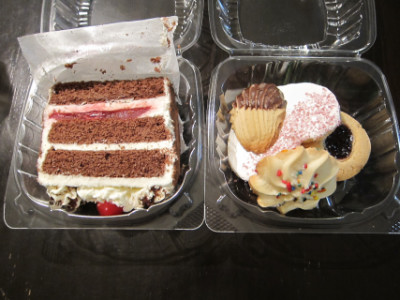 The cookies are excellent, but at about 75 cents apiece I cannot afford to load up with them as I would like to do.

For Black Forest I prefer the one at Peter’s, mainly because of the cherry filling that has a very nice liqueur flavor at Peter’s. I still think the one here is good, though.

Drinks
This is not really a restaurant and does not serve beer (I do not think they even have iced tea). They do have soft drinks, though, along with water which you can have with a bratwurst or pastry.

Other Comments
When I went to Marina’s in 2018 I found that the management had changed (this is understandable since the store has been in operation since 1956). I do not think any of the items I tried were different than before. It did seem, though, that they now carry a smaller stock of bread and some of the varieties I would like to try were not available in the afternoon.

This has nothing to do with Marina’s, but I hope another full service German restaurant like Gunther’s will someday open up so that more people can experience Marina’s bread (which will hopefully be supplied as before) along with an excellent German meal.