Falcone’s has been a well known name in Oklahoma City’s restaurant industry for a while, and although I had not eaten food from the new restaurant before, I was previously familiar with the food. On a particular discussion site where readers were commenting about the best pizza in town, Falcone’s had some fervent supporters. Others that had similar support included Upper Crust (which I thought was the best pizza I tried in 2020) and Empire Slice House (which I have not yet tried).

True to the forum on pizza which I saw, though, Falcone’s was certainly near the top of my recent pizza experiences and I thought may very well be equal to Upper Crust depending on the pizza I ordered and perhaps the toppings. I should also mention some very good pizzas I tried in the past including Flip’s and The Heat, which I think are also among the top pizzas in Oklahoma City.

Falcone’s is also a deli, but I was not quite as impressed with the lasagna (and I had a similar experience with the restaurant on Britton Road which I think was the previous incarnation of Falcone’s. The salad and dessert were excellent, however, so overall I give kudos to the deli as well. It is just that the pizza is what I think has deservedly earned the restaurant its reputation. 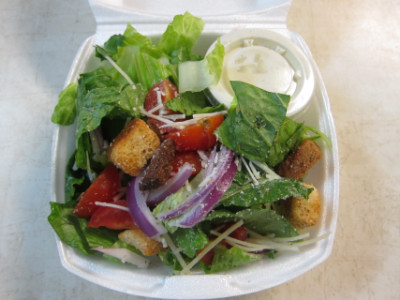 The Salad has fresh greens and tomatoes which automatically put it in the top category of the ones available at various restaurants. In addition, though, I thought the ranch dressing was excellent. 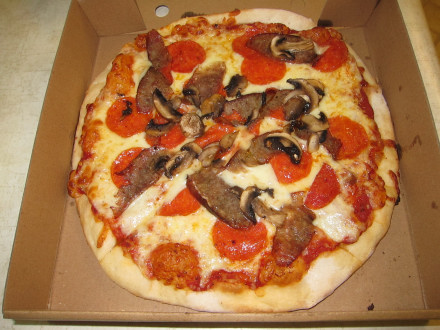 One good feature about the Pizza is that fact that you can get an individual size if you wish such as the one pictured (I believe they call it a personal pie). I picked Italian sausage, pepperoni, and mushrooms as the toppings. The toppings and the cheese were both very good, but I thought the most notable feature of this pizza was the seasoning. By “seasoning” I would include the sauce and anything they put in or on the sauce to give it extra flavor. This is New York style pizza, and it seems to be a very good example of what this pizza is all about. 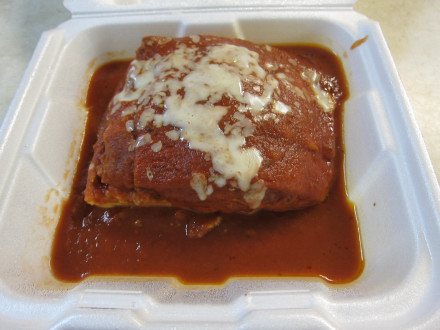 While the seasoning was one of the high points of the pizza for me, I thought it was the weakest point for the Lasagna. I do not know why, and I do not know what kind of seasoning they use,but this was just my opinion. 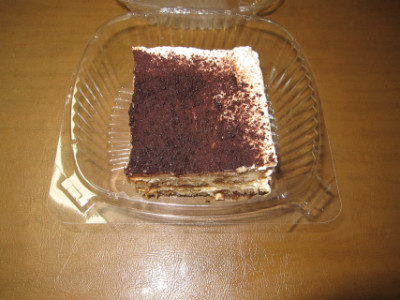 I was happy that I ordered some Tiramisu because this was quite a taste treat. Its freshness also had a lot to do with it.

In a Nutshell
Pizza is the main feature at Falcone’s, so it is also the main factor in my rating of the restaurant. I think this is one of the top pizzas in Oklahoma City. Several of them that I rate at the top are New York style, and one important feature of Falcone’s is that you can get an eight inch “personal” sized pizza.

The salad would be good for any restaurant and not just one that specializes in pizza.