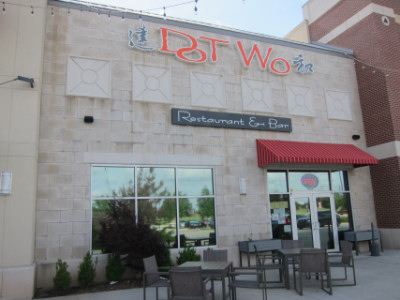 The newest Dot Wo at Memorial Road and May Avenue came about as a result of a new generation of the family running the restaurant. The first Dot Wo I experienced was on Portland Avenue near Will Rogers Park. At the time it was daring enough to have a Chinese menu in a restaurant located outside of the Asian District, although the vast majority of customers ordered from the more familiar Americanized menu. At the same time the Edmond Dot Wo also offered authentic Chinese dishes, although the selection was more limited and they did not have the daily white board specials that were served at the Portland Avenue location. 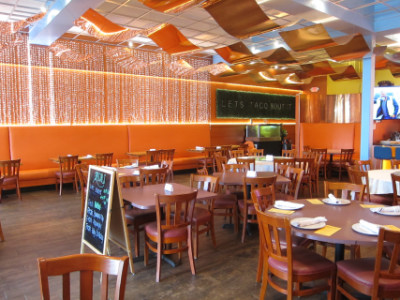 When the Portland branch closed a new restaurant was opened near N.W. 63rd and May called Dot Wo Garden. They included some of the dishes which had previously been specials onto the menu, and it continued the theme of having both traditional Chinese food and the more Americanized version. I will say, though, that the Americanized version of food at all the Dot Wo restaurants has itself been very good on some of the dishes, and is more of a subtle change from traditional Chinese food than a drastic leap into the world of deep fried food with gloppy sauces. When Dot Wo Garden closed it appeared to be more a case that the owners wanted to retire than a matter that they were lacking customers to keep the restaurant open.

After what seemed like a too long period of no Dot Wo’s in northwest Oklahoma City, a younger member of the family opened Chigama at the current location of Dot Wo and had somewhat of a Chinese fusion restaurant (I did not eat there but I think it was mostly a Chinese/Mexican fusion concept). I do not know why they converted it into Dot Wo again, but I think a big part of it was the fact that the Edmond Dot Wo closed. I talked to the owner of this restaurant and he said the former cooks at the Edmond Dot Wo are now at his restaurant. I think this is a very good thing because I always liked the food at the Edmond Dot Wo. It was in an area where it was hard to get public acceptance of a more authentic Chinese menu, but now they are at a location where this is feasible. Dot Wo now has an extensive Chinese menu much as the old Portland Avenue restaurant had (and to a lesser extent this was the case at Dot Wo Garden). 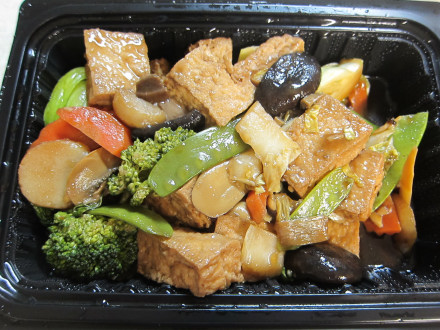 Over the years I have compared notes of the clay pot dishes at various restaurants, and I think the Edmond Dot Wo was perhaps my favorite of them all. My benchmark for the comparison was the Mixed Vegetable Clay Pot, which at Dot Wo has what I think is a superior sauce. The tofu and vegetables are also excellent, but this is where I have seen little difference between Dot Wo and other restaurants. In fact, Dot Wo includes both Chinese and American vegetables, and I think Grand House and Fung’s Kitchen in the Asian District might be a little higher on the Chinese vegetable content. I do not have any complaints about Dot Wo’s vegetables, though, and I enjoyed the bok choy, water chestnuts, and other Chinese vegetables.

In addition the Chinese menu has what they call the “Fire Pot” menu but I have not tried any of these that I can recall. 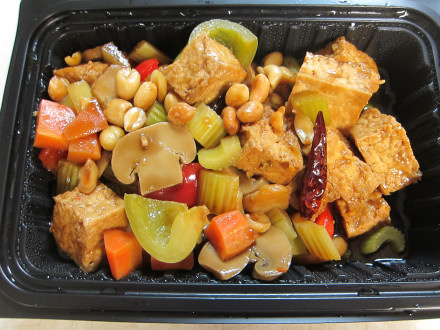 Dot Wo is one of the few places in Oklahoma City where I will order kung pao dishes. This habit originated from the Edmond Dot Wo which had some especially attractive lunch specials, and one that became a favorite of mine was the kung pao chicken. For a while they ran a special of Kung Pao Tofu, which I liked even better. They then discontinued the kung pao tofu, but both at the Edmond restaurant and this one they can still prepare it on request. Like the clay pot dishes, I think the key to their kung pao is the sauce. Another thing I like about this dish, though, is that they give you enough peanuts to make you think it is authentic (I am not sure it is really authentic because I have had kung pao in Seattle which had a different sauce and a different flavor). Thus I am not making claims about this dish’s authenticity, but only that I enjoy it. It is a little bit spicy, and they give you whole red chiles if you want to make it even spicier.

Compared with the clay pot the kung pao sauce tasted sweeter, and thus I think the clay pot is my favorite out of the two.

Other Notes
The Dot Wo on Portland had many authentic dishes that I really enjoyed. Many of them were dropped at Dot Wo Garden, but now at the new Dot Wo it looks as if most of them are back. I have not had a chance to try them yet, but based on all my past experience at the various Dot Wo restaurants (and my experience here) I am ready to give this restaurant a very high recommendation.

My only negative experience at the Edmond Dot Wo was really the aspect that the cooks used what I considered to be high doses of MSG. This could usually be solved by telling them I did not want MSG, but at times it was in the food anyway (and I think it was always in the hot and sour soup, although not at levels that I usually noticed). With my one visit to the new Dot Wo, though, I have so far not had any problems with this.

One thing to keep in mind about Dot Wo was that its original concept on Portland Avenue and in Edmond was Hong Kong style seafood and other Cantonese style dishes. The Cantonese/Hong Hong style of food is not spicy, and dishes like kung pao chicken are not really the restaurant’s specialty (although I think it is good here). The Chinese menu at Dot Wo seems to give a very good representation of Hong Kong style food, with much of it being seafood. The reason I do not try this type of food more often is that it tends to come in large servings that are meant to be shared or served family style (and usually I am just ordering for myself).