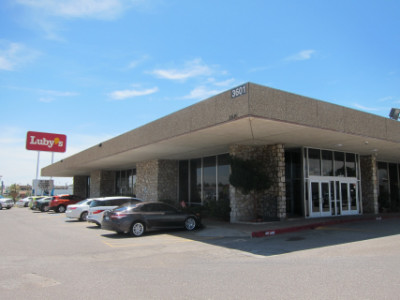 Luby’s Cafeteria has been a staple in my life throughout my times in Oklahoma City, Dallas, Austin, El Paso, and Albuquerque, and with minor variations the food has always been the same everywhere I went. For the past few years they have had a major program of closing various locations, though, and each one has had an impact on the community to an extent that I have not seen with any other chain restaurant having similar closures (with the clarification, of course, that this is a cafeteria and not a restaurant).

For the moment, though, I do not see any sign that the mass closures will continue. Although there are only two locations left in El Paso out of the half dozen or more that existed in the past, the Mesa and Hawkins locations seem to be going strong and business seems to be good. Luby’s web site lists a number of locations that are open, but all of them are in Texas. The good news is that they seem to be in every part of the state, with all major cities having multiple locations. 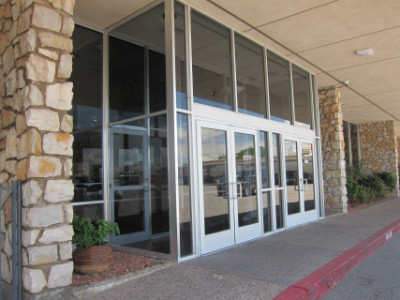 My first visit to the Mesa Street location after a number of years was done with hope that some of my favorites would still be as good as in the past, but it came after some hesitancy because of some very mixed experiences I have had on previous visits. Dishes I counted on the most, such as the fried fish, were generally very good but this was not the case if they had been sitting for too long before they were served. My sense is that Luby’s has now corrected many of the factors that led to inconsistencies in the food, but I was aware of some of the factors that led to the mass closures of Luby’s restaurants and I think it was largely because of the food. 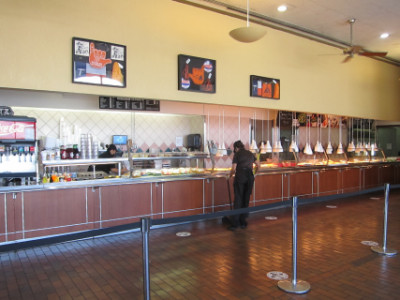 One of the good things about Luby’s is the experience. Years ago I did not look forward to the long queue that always awaited me as I took my place in the serving line, but now I think those days are gone. Now people have the advantage of viewing their food before they order it without the hassle of having to wait in line. Of course I wish for Luby’s to have a large enough customer base that there will be people waiting in line to go through, but I do not think it will ever be to the extent it was in the old days. 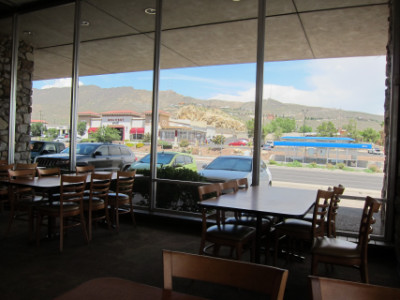 This particular location has a good view of the Franklin Mountains, and the dining room is quite comfortable. They have a little different setup than in the past where you pay before taking your tray to the table, and this includes any tip you wish to leave to the server (it is more convenient, though, because you can pay with a credit card and they give you the cash you want to leave as a tip).

The servers were pretty insistent that they would get anything I needed and it does work much like a restaurant where anything you need will be brought to your table. It does seem that this is mostly like a restaurant experience except for the fact that you can see the food before they serve it to you. 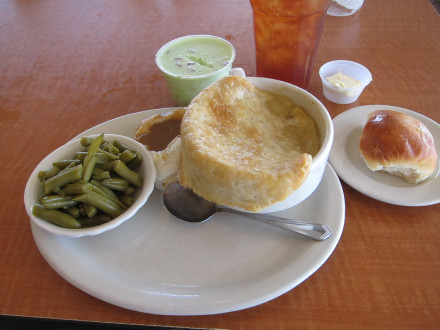 Many of my favorite dishes at Luby’s are rotating, and I try to grab them whenever they are served. The Chicken Pot Pie is one that I did not know was available until I saw it in 2021, and it turned out to be one of my favorites. I think its best attribute was its freshness (something that I do not frequently find in pot pies). The chicken and gravy were very good, and these were the two most important elements of it. It had a large amount of carrots which I liked, but not a noticeable amount of peas or other vegetables. The weakest part was the crust which had an aftertaste that was noticeable (this is not a deal breaker).

The Green Beans shown in the above photo tasted canned and were OK, but I expect better at most restaurants. Barely visible are mashed potatoes which I later realized were not a good choice to go with pot pie (but usually I think they are a good thing to order).

Behind the plate with the green color is the item I most look forward to having any time I go to Luby’s– the Seafoam Salad (it is actually called “Lime Congeal.” It is in the salad section but for me it is a very enjoyable dessert. In fact, this alone makes me very glad that Luby’s is still in business (because I do not know of anyone else who makes a salad like this).

Luby’s is not as inexpensive as it used to be but they still have the LuAnn plates where you get a meat and two sides (the sides can be vegetables or soup but desserts and salads do not count).

Other Comments
In general I think the meats are higher quality and better tasting than the vegetables, but with the LuAnn plate the vegetables are practically free so it is worth taking the crap shoot if you are not sure what to order. The fried fish is the meat item that is always available that seems to always be good. My other favorites are mostly rotated items and I never know if they will be available (except for turkey on holidays where I hope I get there before they run out).

I have never tried a dessert here I did not like, but usually the lime congeal is my dessert of choice. There is also a jello salad with carrots that I like quite a bit.

Overall I think Luby’s is better than it has been in about the last two decades. In the 1970’s and early 1980’s there was a Luby’s in downtown El Paso that office workers would flock to for lunch, and I think this was also the time when the food at the cafeteria was at its best. Lately, though, it seems that the food is approaching the high level it had in the past. One thing I will be watching, though, is the mashed potatoes which I think are not up to the quality that they used to be.