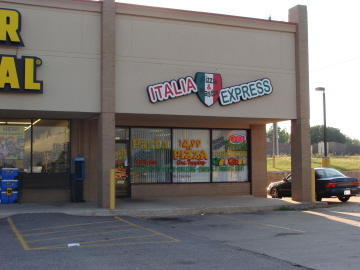 Italian Express is a small restaurant with a few tables, but I think I have always seen more people come in for takeout orders than people who have dined in. With pizza I think it is very important to eat it as quickly as possible from the time it comes out of the oven, so this is one reason to dine in (another is that you serve your own drinks and can get as many refills as you want). When I have ordered delivery, though, the food has not suffered a noticeable loss of temperature or freshness. 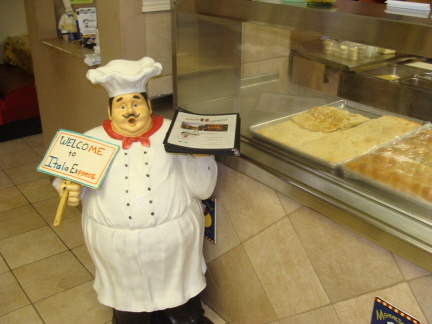 Cheese bread and garlic bread in the counter

The specialty here is pizza (at least this is what I think they do particularly well). There is also a fairly long list of pasta items, of which I have tried several. All of them were good, but there was not any particular one which has stood out as being my favorite. The main thing is that you can come here (or order delivery) with friends or family, and there is a large variety of choices besides just pizza.

One thing I should point out is a section of the menu called “Express Favorites.” One item here is the calzone, which I thought was particularly good (but it is still much like a sandwich and is the type of food that is not on my diet very much). I think, though, that the subs and other items from this portion of the menu would also be worth trying. 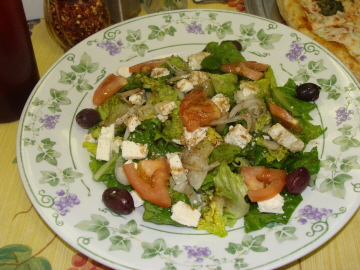 The Greek Salad and Antipasto Salad are two that I like, although the Greek salad is more expensive and has a little bit more to it such as black olives. I thought the antipasto salad had a better dressing, though. 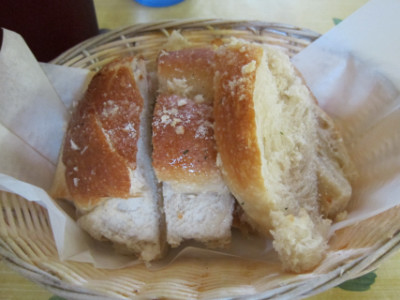 Garlic bread is complimentary with the dinners, or you can get cheese bread. Both of them are fresh and baked in house. 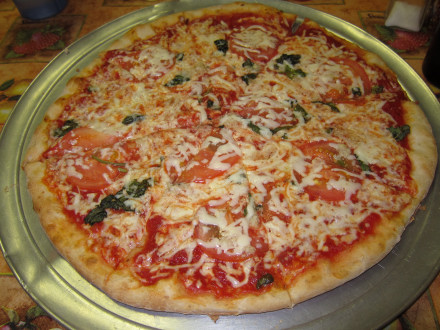 The Margherita Pizza is one that can be made on request (I think it is a little bit more expensive than others because of the basil). The basil has made it my favorite pizza at Italia Express, but I think the fact that they are generous with the sauce is also a plus for the pizzas here. 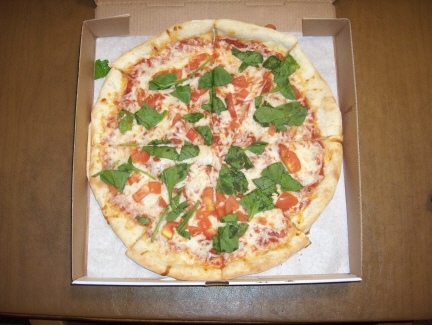 The Veggie Pizza was also one of my favorites, and in fact I do not believe I have even tried any of the meat versions (something I did not realize until wrote this article). I may be missing out on something even better, but I can say I have been very satisfied with the vegetarian pizzas. 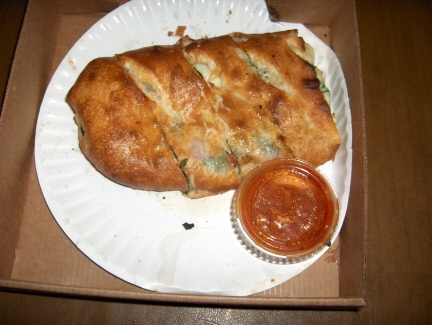 The Calzone seems to be a less filling and less expensive version of the pizza, since I believe the “bread” is actually made of pizza dough. The spinach and tomato calzone had a good flavor, although the ricotta and mozzarella cheese combination is probably the biggest difference from what you would get on a pizza.

Other items on the “Express Favorites” section of the menu include several types of subs as well as stromboli and a pepperoni roll. 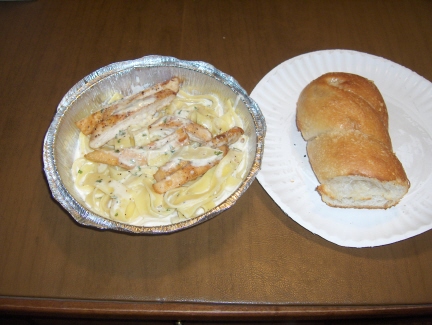 The Chicken Fettuccine Alfredo is a substantial meal and I think the chicken is very good, although the main flavor component is the sauce (I think this is also the reason I felt very full after eating it). 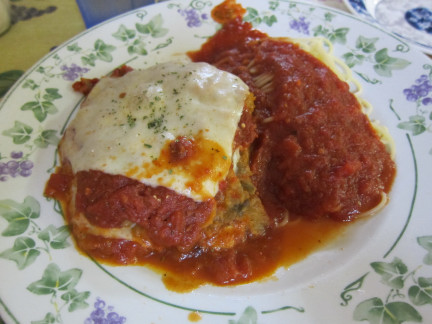 With the Eggplant Parmesan I was happy that it had a substantial amount of tomato sauce and the cheese was good, but I wish they had found a way to better disguise the flavor of the eggplant (which I think some other Italian restaurants are more adept at doing). 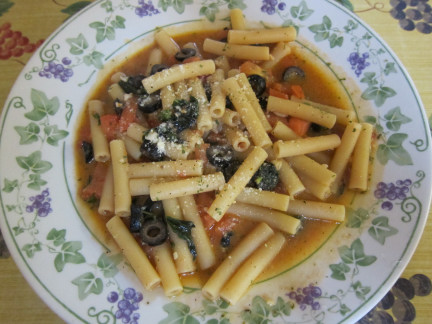 The Ziti Basilic was on a special low fat menu that they had for a while, but they are probably still able to make it on request (I think this is the same sauce they use on the cacciatore dish). 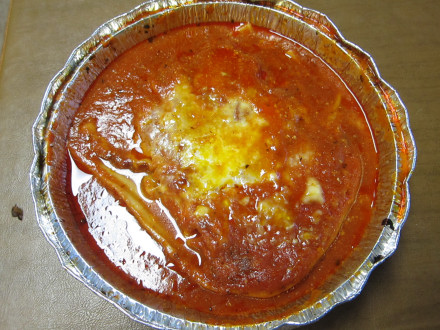 The Lasagna was good and filling. I thought the strong point of it was the sauce, while the cheese was not quite as flavorful as I was expecting.

In a Nutshell
I think the biggest attraction of Italia Express is that you get a lot for your money, combined with the fact that this is a local restaurant where the food is fresh and made on site.

All the components of the pizzas check my boxes (crust, cheese, sauce, and toppings) although there are many other pizza restaurants which are also good in most or all of these categories. Probably one thing I have liked better at Italian Express is that they not only have a good sauce, but they put a generous portion of it on the pizza.