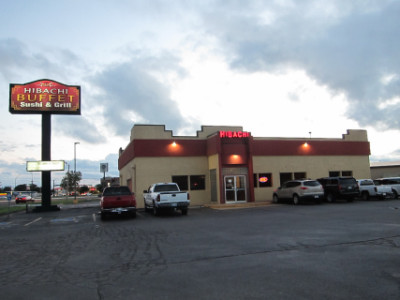 One of my favorite stops along Interstate 40 used to be Young China Restaurant in downtown Weatherford. The food tasted more like what I would find in large cities than in small towns where Americanized Chinese is the standard. The owners were also able to prepare special requests to a limited extent, but mostly I relied on them to tell me what I could order that had more of a Chinese flavor than an Americanized one. These were the same owners who now have Hibachi Buffet, a much larger restaurant with both a menu and buffet as Young China had.

When I went to Hibachi Buffet the owners were not there but there was a large choice of items either on the buffet or available from the menu. I ended up getting what I thought was a very good dish, and I was glad to find out that the flavor seemed to be the same as it was as Young China. It threw me off a little bit seeing the name “Hibachi” and the fact that they serve sushi, but this is still a Chinese restaurant with a good selection of items. 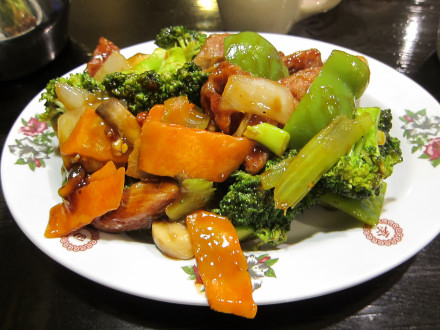 My choice of Pork with Garlic Sauce was somewhat influenced by my experience at Young China, knowing that the brown sauces are very good and that the restaurant had good vegetables. Although many of the vegetables were not Chinese style, such as the broccoli and carrots, I was happy with the quantity of vegetables that were served. They had a good flavor, and I particularly liked the fresh mushrooms that were included (the mushrooms were typical of those served in authentic Chinese dishes). The meat was good as well, and I liked the high vegetable to meat ratio.

The sauce was probably the best part of the dish, though, in the sense that this is usually where the restaurants make it too Americanized. This one had a subtle sweetness rather than an overwhelming one, and the flavors were balanced to make it taste Chinese. It was a little bit spicy, and if you want it more so you probably can ask for it (or likely just get some chiles from the buffet).

The Buffet
There was an impressive display of items on the buffet, but if you are not extremely hungry the menu has single items at a good price. I would guess that this buffet is probably better than most, based on what I tried from the menu. They also have sushi items available in the buffet.

The buffet is available both at lunch and dinner.

An Assessment
I am glad that the tradition of Young China now lives on in Hibachi Buffet. Weatherford is a town of about 10,000 people and does not have Chinatown style food, but it does have what I consider to be higher quality Chinese food than in most towns of similar size. This, combined with the price, is a very good deal.

My price category ($) is for the menu items, and if you get the buffet I think it would be $$ (still reasonable, though, compared to many other buffets). 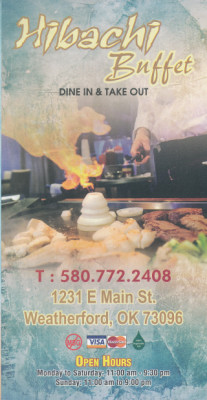 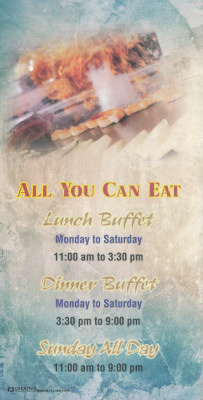 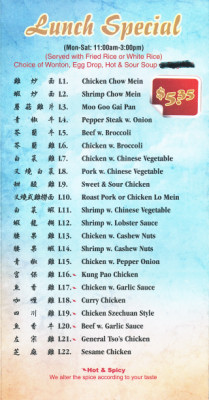