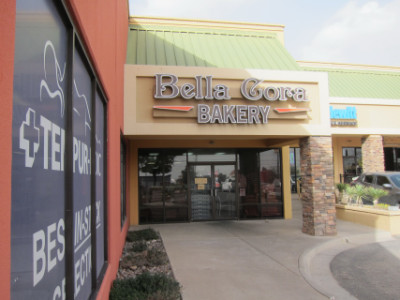 I first learned about Bella Cora when they were selling bread at Whole Foods, and as long as this happened I think theirs was what I always bought. In Spring 2018, though, Whole Foods began baking their own versions of these breads and no longer sold the Bella Cora brand. Although many times Whole Foods produced an acceptable version of the same breads, I still wanted to get the original breads from time to time.

I had a hard time, though, figuring out when the bread was available, and several times went on the wrong day or went too late when they had already sold out (although in my mind it was still relatively early in the day).

I have since learned that I can look on their web site for the schedule of when the bread is sold. The ones I enjoyed the most from Whole Foods were the Cranberry Walnut and the Raisin Challah, and these are the ones I have tried to buy at the store. 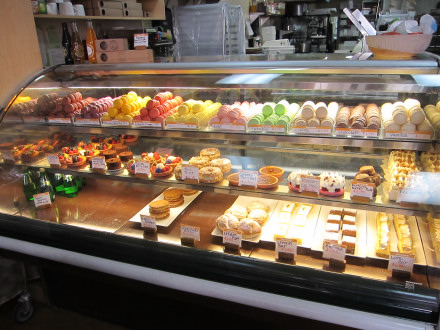 Pastries seem to be Bella Cora’s best sellers, and there is good reason for this. The ones I tried ranked with Le Rendez-vous in Las Cruces as being the best I have tried in the area. They do not sell the exact same items, but I think the quality is very similar.

The display case on one hand presents a difficult challenge in deciding what to order. On the other hand, though, it seems that everything is good and I think I would be happy with anything they bake.

Bella Cora’s web site also points out that they have holiday pies for Thanksgiving. 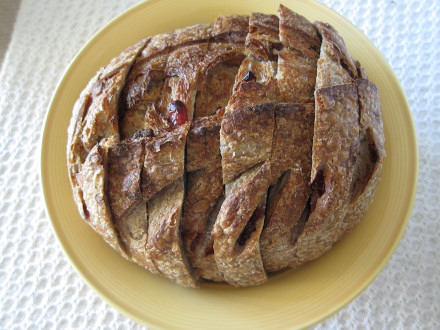 The Cranberry Walnut Bread is my number one reason for coming to Bella Cora. It is only available one day per week (and only at the west side store), although their web site says they will try to have it for sale more often beginning in Fall 2019. The thing that makes it available so seldom is also what makes it so good–it is freshly made without preservatives. What Bella Cora’s web site does not specifically say is that the ingredients are top quality that put this in a special category of bakeries.

The Raisin Challah was the other bread sold in Whole Foods that I especially enjoyed (and like the Cranberry Walnut is now available only at the Bella Cora Bakery). While I think Whole Foods many times produces a reasonable approximation of Bella Cora’s Cranberry Raisin, I have not found this to be as true for the Challah bread. 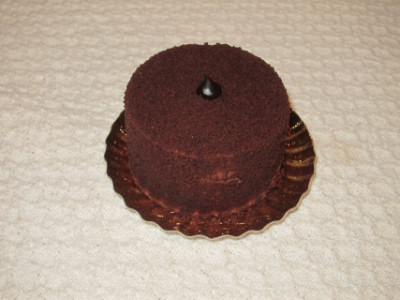 The Chocolate Hazelnut Cake is a pastry I chose at random to try, mainly because I could not remember having one anywhere else. I think most people can probably guess my verdict–it was exceptionally good like everything else I have tried from this bakery. I like to point out that Chinese pastries are good because they have the flavor without being overly sweet, and in a way this was the same. The cake was not as sweet as many, but it did have a strong butter flavor which made it over-the-top in a good way. There was a good balance between the chocolate and hazelnut flavors.

There is another location in east El Paso at 1830 Joe Battle Blvd. Bella Cora is a relatively new bakery, and is in the process of expanding their production as well as their locations. I would not have known about it if they had not had a presence in Whole Foods, but I think at this point the word is getting out and they have plenty of business. Just the pastries alone seem to give them a constant stream of customers (from what I have observed).