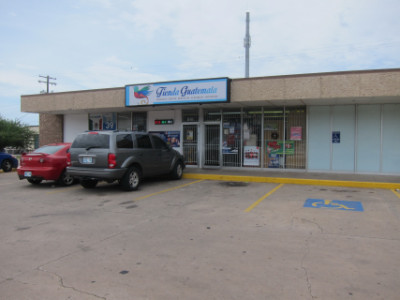 The original Tienda Guatemala was located at 1800 N.W. 16th Street in the Plaza District (before it became the popular entertainment district that is is today). The business later became Chiltepes, and the concept was changed to a Mexican restaurant that served some Central American dishes (such as pupusas). I understand that one of the co-owners wanted to go back to the original idea of having a Guatemalan restaurant, and moved the original Tienda Guatemala to a new location on Virginia Avenue near N.W. 10th St. (Chiltepes has since closed). 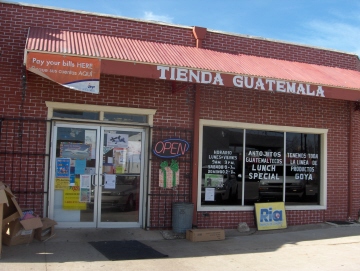 The original Tienda Guatemala at N.W. 16th St and Indiana Ave. in the Plaza District

Tienda Guatemala has kept its original concept of being a small restaurant serving a limited number of items which are cooked in small batches. In addition to these lunch specials it has some menu items that are the same every day, and would probably fall more in the fast food category.

There is also a bakery with an extensive selection of items (pan dulce), but the restaurant itself attracts a pretty good crowd at lunch time. 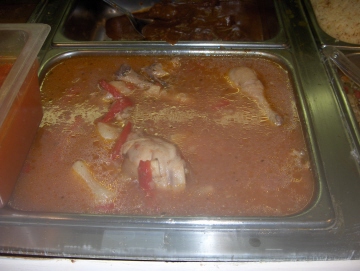 My experience with the lunch special was at the old restaurant, but when I visited the new building it was apparent that the food was the same. The items served can be viewed at the display counter, and there are usually about three or four choices. If you get chicken it will still have the bones, and items are prepared Latin American style (but not spicy unless you make it that way by adding salsa). The daily specials come with side dishes such as black beans, rice, and salad. 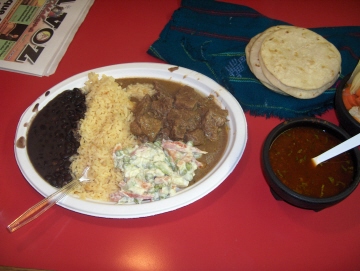 Beef Estofada is an example of the dishes served, and comes with salsa if you want to make it spicy (but Guatemalan dishes are traditionally not spicy).

The hand made tortillas have been well known at the restaurant since its beginning. Although this was one of the highlights of my meal, everything I tried was excellent, and really tasted like it was home made.

The lunch specials are already cooked and ready to be served when you get there, but they also have several menu items which can be ordered (such as pupusas). 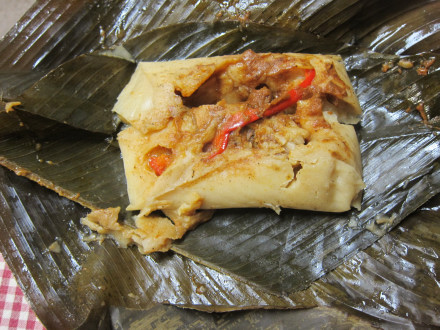 The restaurant is famous for its Christmas tamales, and it turned out that I was able to order some (which have to be ordered ahead of time). They make several varieties, but when I ordered I was only able to get chicken. These were interesting because the chicken still had the bones, and being Guatemala style they were not spicy. Still, they had a very good flavor and were worthy Christmas tamales. 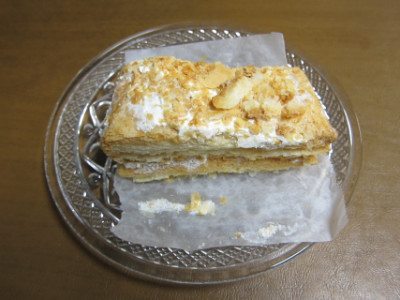 Tienda Guatemala has quite an impressive bakery with a number of items. The items seemed to be the same ones served in Mexican bakeries, including Mil Ojas (I know it is supposed to be “Hojas,” but this is the way they spell it). This is a pastry that is just barely sweet, but sweet enough to be very satisfying. It reminded me of the pastries at Ingrid’s which follow the European model of being less sweet than American desserts, and I definitely thought the one I tried here was just as good as the pastries sold at Ingrid’s.

Things to Know
This part of town seems a little off the beaten path, but Tienda Guatamala is three blocks from the very popular Nic’s Grill (the hard part is finding Virginia Avenue as it veers off to the left from Pennsylvania as you travel south).

It is mostly a Spanish speaking established, but the employees seem to be quite fluent in English. It is clean and the tables even had tablecloths, but you do not get chips, sopapillas, or other items typically found in restaurants which cater mostly to Americans.