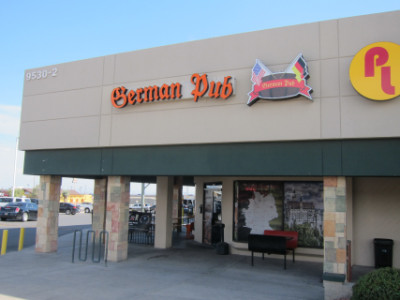 I understand that The German Pub (or simply “German Pub” as it says on the sign) used to be a popular place on Fort Bliss, particularly with the many German personnel who were stationed there. I think it was always meant to be a drinking place where you could get some good food rather than the other way around. Either way, though, the food is pretty impressive for a place that is this small and this focused on good beer.

The menu selection is somewhat limited, and it seems that about half the items are different types of schnitzel. It does list several types of fish, though, as well as bratwurst and sausages, and even potato pancakes.

The atmosphere here is basic as would be expected in a pub. It is lacking some of niceties that would be evident in many German restaurants such as table decorations, etc. I did not think the noise level was too bad but apparently it is noticeable at times. 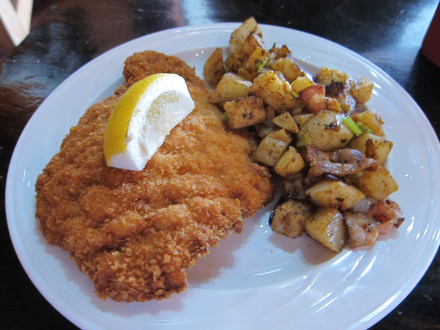 Schnitzel seems to be a specialty of The German Pub–there are different toppings and they even have a chicken schnitzel. I thought the Wiener Schnitzel was one of the better ones I have eaten. The meat was good quality, and I particularly liked the breading. For flavor this was certainly a very good choice. 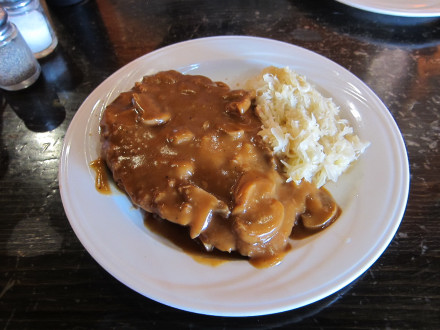 Jagerschnitzel has a mushroom sauce on top, and is usually my number one choice for schnitzels. In this case I am not sure, since the regular wiener schnitzel was so good, but this one was good as well. It had the same excellent breading as the regular schnitzel, and of course the only difference is the topping. As for the sauce, I have to say that I think Peter’s (in west El Paso) has a sauce that is more flavorful. There is not enough difference, though, that I would prefer going to one restaurant over the other. 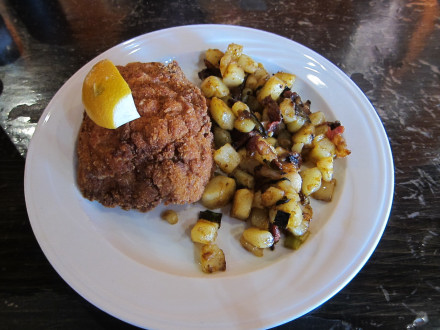 I thought the Cordon Bleu was overall the best dish I tried, but I do not have an analysis of it other than to say the flavors came together very well and the quality was very good.

Side Dishes
The Home Fried Potatoes were a very good choice for a side dish. These are cooked with bacon, and I think have all the flavor that would be expected in German style potatoes.

I did not think the Sauerkraut was one of the best ones I have tried, but it was fresh and had the characteristics of one that was house made.

Summing It Up
The food here compares favorably with German food I have had in other cities, with the exception that the menu was more limited than usual. I think this is especially true of the vegetables and side dishes.

El Paso has a very limited choice of German restaurants, but the quality of the food is good because of the fact that Fort Bliss has a hosted the German Air Force for a number of years in joint training missions. The German Pub and other restaurants have proven the test of satisfying their German customers as well as the American ones.

I have not tried the German beer at The German Pub, but this is obviously one of its main attractions.