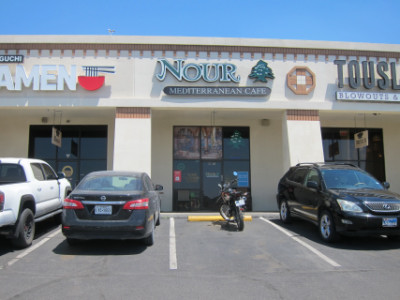 Lebanese food is one of my favorites, and having tried a number of restaurants in Oklahoma City I discovered that there is much in it to explore. It seems that everyone has their own family recipe for items such as tabouli and hummus, but the variety of items that are served can be quite large as well. Many restaurants keep the menu down to the most recognizable classics, but the cooking styles, flavors, quality of ingredients, and kitchen equipment they use set the restaurants apart from each other.

El Paso has its own history with Middle Eastern and Mediterranean food, with a large portion of it being Lebanese cuisine. For many years the selection of this type of cuisine was limited, and restaurants that served Lebanese food did not really identify themselves as such. Now there is a good choice of Lebanese restaurants, with Turkish, Persian, Greek, and other similar types of cuisine being represented as well. In a way this is synergistic, with the success of one restaurant helping to build a customer base for the others.

When I went to Nour for the first time in 2021 I had the vegetarian combo plate and immediately thought this has to be one of the best Lebanese restaurants in the city. The meat dishes I tried later made this feeling even more firm. There are so many items on the menu I am just at the beginning of things I want to try, but I certainly have the expectation that they will continue to be just as good.

Nour is a small restaurant with probably no more than fifteen tables. Some of the tables are large enough to fit families or a group of people, so if this is your situation do not be dissuaded by the restaurant’s small size.

Nour’s large grill is a major reason for the excellent taste of the food, but it is also large enough to get out multiple orders without creating too much of a backlog for other tables (I know because I experienced this first hand). Even though it is near UTEP there always seems to be plenty of parking available in the University Hill Plaza shopping center where it is located. 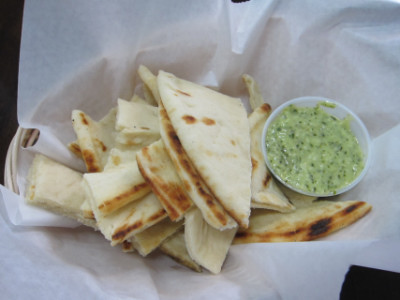 Appetizer of pita served with all dinners

All diners receive a complimentary basket of Pita with a mint flavored sauce. I think they must make the pita in house because I have rarely found them to be so fresh and flavorful in other restaurants. 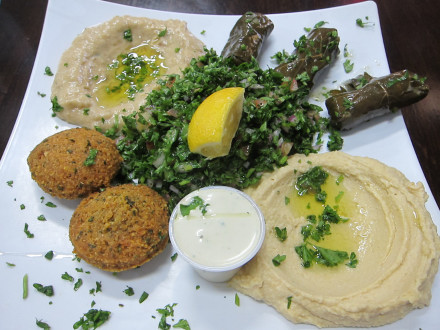 The Vegetarian Combo Plate has so far been my favorite item at Nour because it contains the items I usually like to order.

The Falafel seems to be the hardest side dish for Middle Eastern restaurants to get right, and they did it here. It had the right combination of crispiness on the outside and moisture inside, as well as a very good flavor.

Although I usually like Hummus much better than the Baba Gannouj, both were very good here.

The Tabouli is another item I am usually very picky about, and this one had the right balance of ingredients. 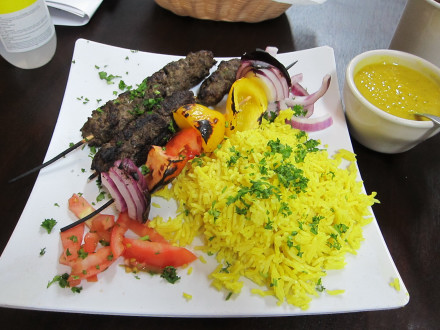 The Shish Kafta skewers with ground sirloin were excellent, and brought ground meat to a level that I seldom experience. While the meat was not noticeably spicy it obviously derived its excellent flavor from more than just the ground sirloin they used.

The menu said it came with vegetables, but these were mostly rice, tomatoes, and onions. I ordered lentil soup as a side dish, and other vegetables such as hummus or tabouli could be ordered as well. However the size of the meat serving did not leave much room in my stomach to eat any other side dishes even if I had ordered them. 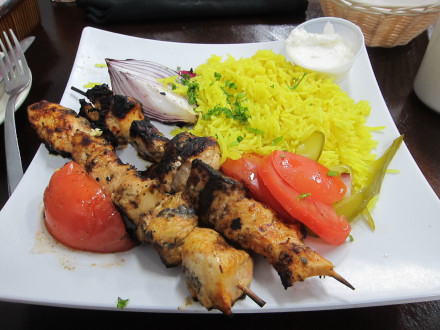 The Chicken Kabob was a meat that really impressed me even more than the kafta. I saw it cooking on their grill, and the chicken really brought out the grilled flavor in addition to the chicken itself being very flavorful. From the photo it looks as if it was burned on one side, but actually I thought it was quite good. Nour’s menu says the chicken is prepared with “special spices” and I think this is one of the main reasons I like it so much. 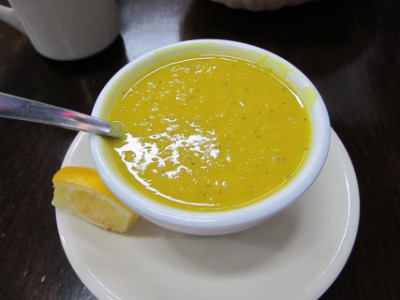 The Lentil Soup has a good flavor and is fresh. For most meals it is a side dish that costs extra, but I generally think it is worthwhile (and less expensive than most other side dishes).

I also need to comment about the Lebanese Hot Black Tea which is not expensive and is very good. I usually found that I needed to flag somebody down to get a refill but once I found out they were not charging me extra for the refills I was fine with asking for them.

Other Comments
There is not anything in the food that would make me anything less than excited to come back, but my issue is in the way it is packaged. I would like to have smaller meat orders available (maybe one skewer instead of two) with some vegetable side dishes. The vegetables are available a la carte, and this is OK, but I am not able to eat them when they bring such a large meat order. Cost would also be a factor in ordering this much food.

Overall, though, the cost is not bad, the service is not bad, and everything is about what I would expect in most restaurants except for the exceptional food. If I found the Baba Gannouj to be good (usually my least favorite dish) then this is a good sign for everything else on the menu.