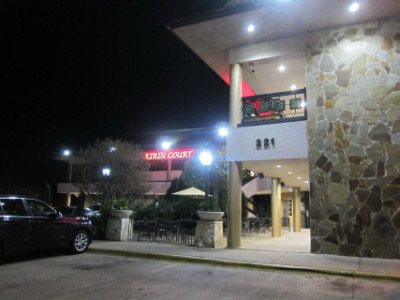 Kirin Court is known mainly for its dim sum, and the fact that it is available any time the restaurant is open (when I went in the evening there were no carts but dim sum was available on the menu). As I suspected, though, it also has quite a large menu of various items that really dwarfs the seemingly more popular dim sum menu. 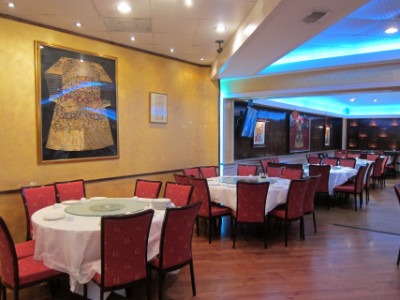 Going with some friends allowed me to try both the dim sum and the regular menu. The tables are set up so dishes can be shared if you wish, and this gave me a chance to sample several items. My impression was that everything was very good, but the biggest strength of the restaurant was that you can have a great variety of food when you go in a party of people as I did. Prices were in line with other Chinese restaurants I have visited, but there are so many hard to find dishes here it will probably push up the price because it is hard to say no to any of them. 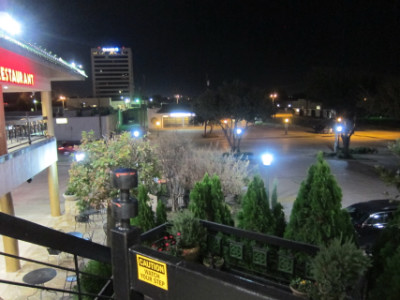 View from the balcony

The restaurant is on the second floor of the building, with both an elevator and stairs going up to the balcony where Kirin Court’s entrance is located. I had a conversation with one of the owner’s family members who said originally they were just in the property management business, but they opened the restaurant when the former one taking up the second floor closed. They opened this concept of a Chinese restaurant because there was a dependable customer base in Dallas to support this type of dim sum and authentic Chinese food (they do have some dishes more familiar to Americans but their main business is for the traditional Chinese food).

There are two chefs at the restaurant (both from Hong Kong), one for the regular menu and one for the dim sum. 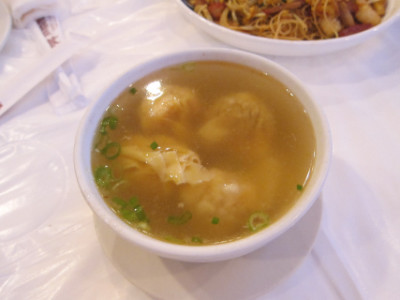 The shrimp wonton soup is an example of the wide variety of soups served, and although I did not try it I do have a photo. 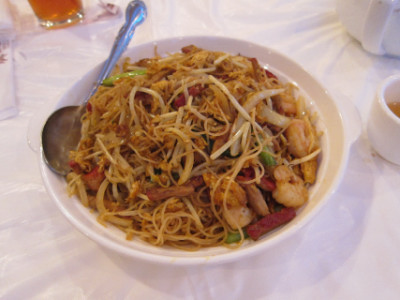 Singapore Noodles is a standard dish I find in traditional Chinese restaurants, although this one seemed to be better than most. It had a combination of meats (shrimp, pork, etc.). 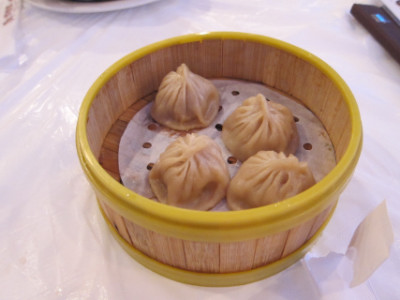 Although I really had enough food to be full from the other items, I specifically wanted to try the Xiao Long Bao (soup dumplings) from the dim sum menu. These have soup inside which flows out when you bite off the outside of the dumpling, and the whole thing is very flavorful.

This was the first time I had tried the dish and I was very glad to finally sample it. I found out later from a trip to Jeng Chi in Richardson, though, that the dumplings are really supposed to be served with a ginger sauce (which was not given to me at Kirin Court), and that restaurants usually give you a large spoon to collect any soup which spills when you bite open the dumpling (which if they had here I was unaware of it).

The serving at Kirin Court is smaller than at Jeng Chi (so it was less expensive). It was good at both restaurants, but if you order it here I would recommend at least asking for a large spoon (and possibly ginger sauce if they will provide it). 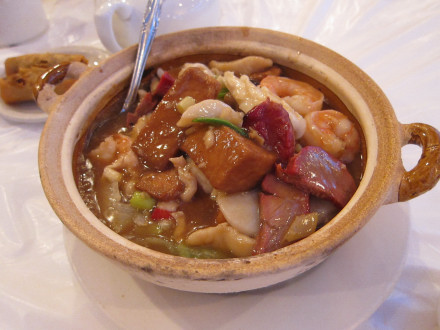 The Braised Tofu and Assorted Meat Hot Pot was a very good dish that made it seem that (at least for me) it is best to order from the menu here and use the dim sum only for appetizers or dessert. The tofu hot pot is one of the standard Chinese dishes I like to order, and this one was so good I am very likely to get it again if I come back. The hot pot contained pork, chicken, and seafood, but the seafood particularly stood out because of being quite fresh and better than others I have had.

Tea
The Jasmine tea made with loose leaves was very good, and was what I would expect from an upscale Chinese restaurant.

Other Details
The dim sum is made in house, and has some MSG (the other food also has MSG but you can ask them to omit it). Although I liked dim sum I sampled, I just think that if you are making a special trip here or coming from out of town it is best to order from the menu and only use the dim sum as a supplement.

The restaurant mentioned to me that all the meat is fresh and none is ever frozen. This explains to me why the seafood was so good, and I would say that I particularly recommend the seafood here.

I do want to explain that the $$ cost is not what I paid, but is what it would be if I made multiple trips and spaced out my orders to match my usual appetite rather than ordering several things at once as I did on this visit (part of it was because it was on Thanksgiving and I wanted to splurge).

On a related note, I called several restaurants and found that Kirin Court was one of the few that was open on Thanksgiving Day (so it is a good place to keep in mind for holidays).

The party at another table ordered Peking duck, so I at least got to observe it and find out that Kirin Court serves it, even though for my taste I think what I got was probably better. 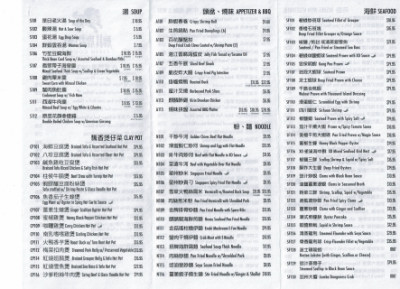 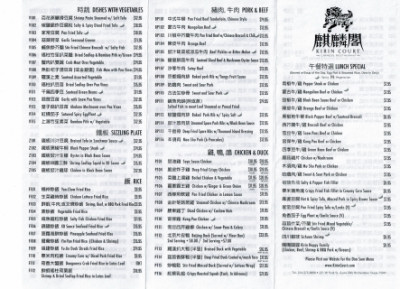 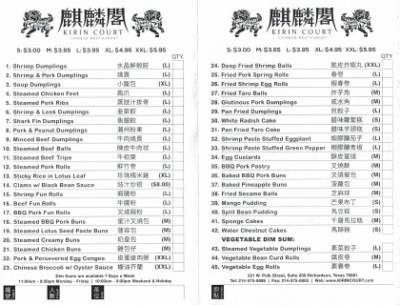