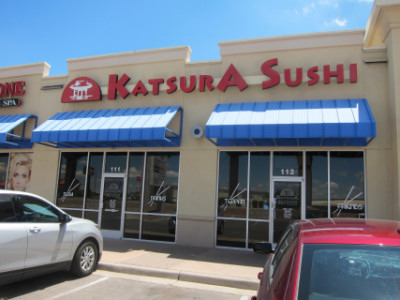 I have never been a big fan of the El Paso sushi restaurants, and spending time in Seattle convinced me that most of it is not really sushi at all (there are some exceptions, though, at a limited number or restaurants). For the most part the “California roll” type of sushi served here, as well as at most other sushi restaurants in the city, simply does not interest me. I do not order it, I do not review it, and I may be missing out on something great (but I really do not think so).

Instead, most of these restaurants have other things on the menu that I think is closer to “real” Japanese food. I give this disclaimer to readers that my rating, at least for this restaurant, is based on this part of the menu. Katsura has a large number of choices by El Paso standards, and it has more breadth to the menu than merely cooking the food on the grill in front of customers (another plus for this restaurant).

Although Katsura is not quite to the level of what I would call authentic Japanese food, it can satisfy my craving for Asian food better than many of the city’s other sushi restaurants.

The Restaurant
Katsura has three locations in El Paso, and one in Ciudad Juarez, Mexico. It is one of several local sushi restaurants that appear to have originated in Mexico and then opened locations in El Paso. I know that the major part of their business is the sushi, but all of them offer at least a few of what I would call “standard” Japanese items (Katsura offers more than most of the other restaurants).

I have not had a problem with MSG in any of the restaurants of this genre. This seems to be another plus for the Ciudad Juarez style sushi restaurants.

Unlike many of the Seattle restaurants, the hot tea here (and at most other El Paso restaurants) is not brewed and is not complimentary, but comes from bags and is a significant reason as to why I consider many meals here to be overpriced. I do like the fact, though, that Katsura (and other restaurants) offer jasmine tea in addition to the traditional green tea. 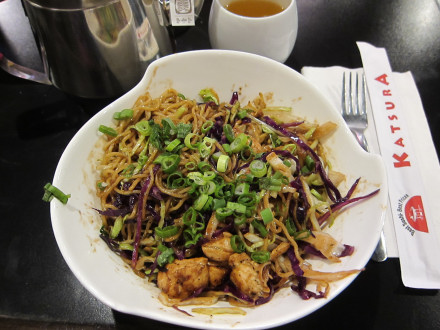 On my initial visit I ordered the Chicken Yakisoba, a noodle dish with chicken and vegetables that was filling and had a good flavor. In my opinion it was better than similar dishes served at some of the competitors, but its main pitfall was the sweetness of the sauce. The flavor had many Asian components (I cannot name them but they probably included soy, ginger, garlic, etc.). Everything was fine except it was too sweet. 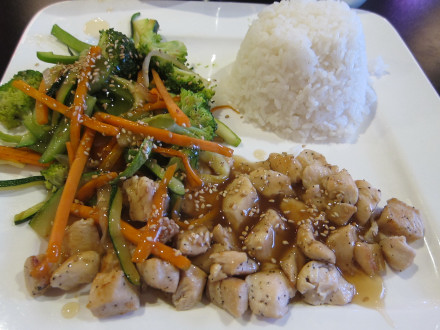 The Chicken Yakiniku seems to be an item they have added to the menu recently, and it shows that the non-sushi part of the menu may be popular enough that they are expanding it. Not being a noodle dish, this one comes with rice (so it is equally as fillling as the yakisoba). It also had more chicken than the yakisoba as well as more vegetables, so in the amount of food you get I think it is comparable. 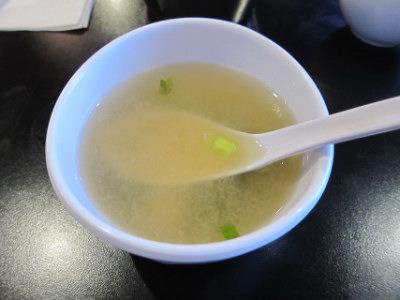 This dish came with a complimentary Miso which I also liked. For any order that includes miso, I think this is a plus.

One disadvantage of the “sushi” restaurants is what they generally do not include on the menu, which is some of more traditional Japanese food. One example is tempura udon which Katsura does not serve, but which is one of my favorites at Riyoma.

Overall I do like the food here, but for the same money I think there are better choices at the city’s Chinese, Thai, and Vietnamese restaurants.

If I ever get California rolls on my diet I might have a whole other reason to come here, but for now I think the non-sushi menu is not too bad.