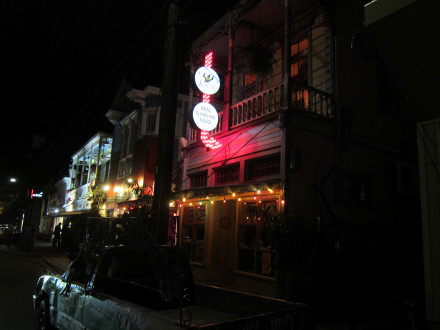 It is probably appropriate to have a night view of Jacques-Imo’s in New Orleans since it is only open after 5:00 P.M., and the atmosphere of this quirky and fun restaurant seems to fit the night hours. Located in an old house on New Orleans’ west side (away from the French Quarter), the restaurant is easy to reach and probably more importantly, it is easy to park. 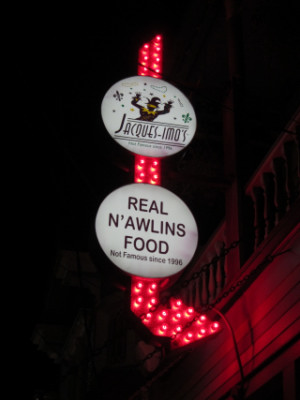 The quirkiness seems to be that it is one of the city’s most popular and best rated restaurants, yet they do not take themselves too seriously. Their motto used to be “Warm Beer, Lousy Food, Poor Service” (this has since been removed from their sign, but I think the philosophy is still to give customers low expectations and let them be pleasantly surprised by the food). 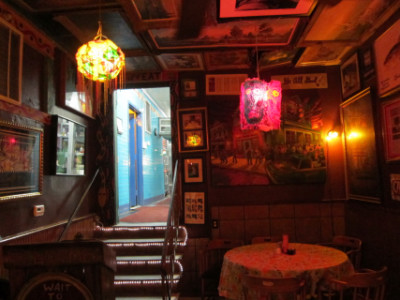 The low expectations begin when you enter the waiting area and the expected waiting time is in increments of half hours rather than so many minutes. In my case the actual wait was less than what they had told me, but still I think most people can expect a wait for a table.

The waiting area doubles as the bar and one of the dining rooms. While there I saw numerous waiters exit the front door to take orders either outside or upstairs (there is an outside staircase leading to the second floor). I was there on a weekend night, though, and I doubt that it is always as busy as I observed it to be. 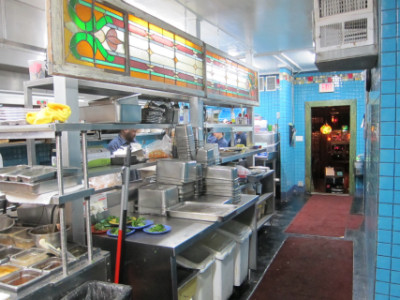 When being led to our table my friends and I passed through the kitchen, which although being very busy, seemed to be efficient in delivering food in a timely manner. 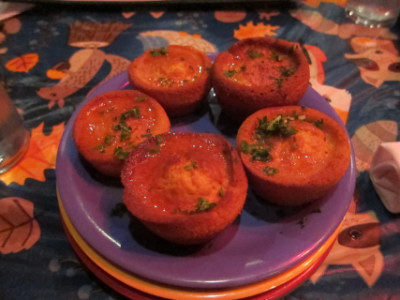 All patrons are treated to free appetizers, including a plate of Garlic Cornbread. When they say garlic they are not kidding–this was such a strong flavor that after a few bites I had had enough. Still, I was glad to have tried what seems to be a New Orleans favorite. 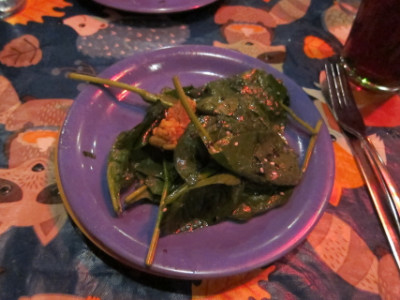 I was much more excited about the Spinach Salad, though, and thought this was quite a treat. This could probably be described as wilted spinach, yet it kept its flavor and texture with a dressing that kept it from being boring. Like the cornbread, this was complimentary with my dinner. 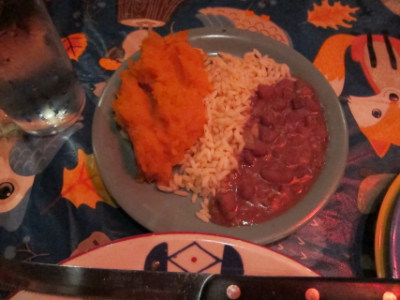 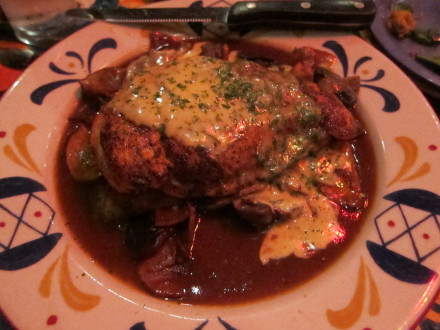 It was surprising to me that the menu only offered a few entrees. They are all New Orleans style, so that all customers get a taste of this unique cuisine. This includes the Chicken Pontalba with a Bearnaise sauce, mushrooms, and tasso. Jacques-Imo’s is usually described as a Creole restaurant (which I think is New Orleans cuisine as served here), and I would described the flavors as rich and a little bit over the top, but for this dish it was very good. Mainly I would say it was very good chicken and the sauce was just there to add something to it. This was one of the most expensive chicken dishes I have ever had, but with the excellent preparation, appetizers, and side dishes it was worth it. 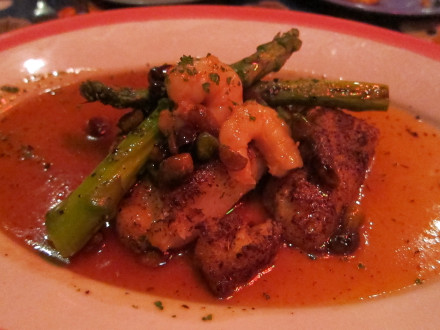 I had a very small bite of my friend’s Grilled Grouper and was not very impressed, but this was a fish I probably would not order at any restaurant. I’m not claiming to give readers an evaluation of this dish, just pointing out that it is available on the menu. 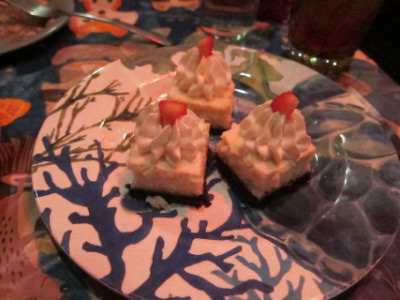 We tried the Oreo Cheesecake dessert, which of course was very good (this restaurant is in New Orleans, after all). I do not see desserts listed on the restaurant’s menu, leading me to think that they must change them from time to time. You probably cannot go wrong with any of the desserts.

I opted to try this restaurant rather than some of the more popular or famous ones in the French Quarter because their slogan of serving “Real N’awlins Food” seems to be what draws people here. Their slogan of “Not Famous Since 1996” seems to be true, otherwise what I think is one of the city’s true gems would be too crowded for ordinary people like me to get in on a Friday night (the time I had available to try the one “special” place).

I think with subsequent visits I might raise the rating I gave to the restaurant. In any case I will just say that it is very good, and worth the money.