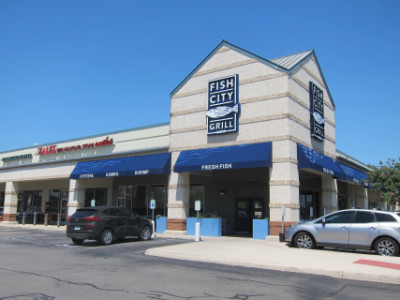 Normally I would not choose to eat at two chain restaurants in one day (with the first one being First Watch in Austin), but my visit to Fish City Grill really did not seem very much like a chain (I mean this as a compliment). The group I was with decided the thing to do would be to get some seafood, since we were at the closest point we would be to the Gulf of Mexico. A thorough perusing of the reviews on Google Maps seemed to show that Fish City Grill was the best choice, and at this point we had to “Follow the Science” and go to where we could get the best seafood. This was followed up by a phone call where a cheerful employee reassured us that we could get fresh caught fish from the Gulf.

Thus we made the trek (all one hundred and eighty-one blocks from downtown) to this restaurant located almost at the fringe of the city, but fairly busy and obviously popular. They had a “Blackboard Specials” menu of the catches of the day, just like I experienced in Oregon and Washington State when I went on what was probably the biggest seafood kick of my life. I also learned in the Pacific Northwest that there was very little difference in the quality of the seafood between the chains and local restaurants (if anything, the chains had a larger selection).

The waiter gave me a little more information, though, than I had received over the phone He said many of the menu items were fresh (meaning that they were never frozen) but only a small number came from the Gulf. Once I stipulated that I wanted something grilled and not fried, it turned out that there was only one choice (which I ordered). Although this worried me a little bit, I realized that this was far more information that I usually got from restaurants in the Pacific Northwest, and after my order came at Fish City Grill I really thought that the right choice had been recommended to me. 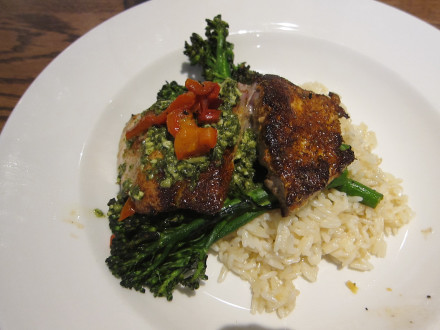 The Redfish Special was the first item listed on the blackboard of daily specials, and I was told that it was fresh from the Gulf. I think the fish bore out that this was true, and I can say that I do not get fish like this in El Paso, and I very rarely find anything like it in Oklahoma City. This fish is described as having a mild flavor, and it is much like other white fish (“red” refers to its skin color). I think, though, that it has more flavor and is not as flaky as some other types of mild fish.

This was very good, but the really impressive and unexpected part of the dish was the way it was seasoned. It came with an almond pesto garnish which came together very well with the vegetables and other garnishes. It also did a good job of complementing the fish rather than covering it up. 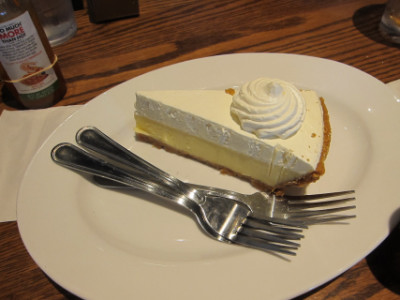 They offer several types of dessert, including a very good Key Lime Pie. I can say the same thing about this that I did about the fish (I never find key lime pie like this in El Paso and very seldom in Oklahoma City). 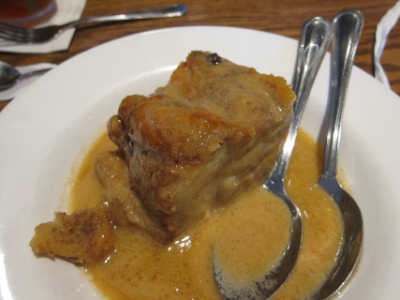 In contrast, I was not very impressed with the Bread Pudding. I do not know the classic way of making this dessert, I just know that I have had others that I liked better.

Other Comments
I think this chain mainly has a Cajun theme, and many of the menu items are fried. If you want the type of fish I had, though, it is certainly available. I think the blackboard specials change daily, while the regular menu has most of the fried items.

My waiter gave me the information I needed to make a good choice, so I was happy with the experience. The price of the fish was high, but it proved to be worth it.