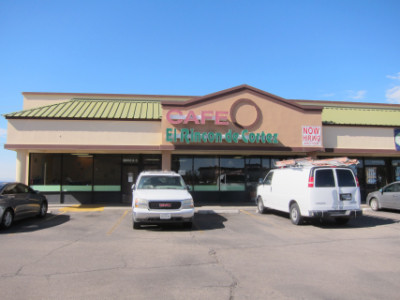 For years I have been going to El Rincon de Cortez on Sun Bowl Drive, but I finally made it to the smaller restaurant in east El Paso on Viscount Boulevard (located near Cielo Vista Mall and behind The Fountains at Farah). As far as I can tell they have the same owner and the same menu, and as far as I know the food is very much the same at both restaurants.

I believe you can look at my review of the Sun Bowl restaurant and assume that the food will be largely the same at the Viscount location as well. I have only tried one dish at the Viscount restaurant and it is somewhat of a benchmark dish for El Rincon de Cortez–the huevos rancheros. I believe breakfast is the restaurant’s most popular meal, and this is the most popular dish, but in any case it is one with which I am familiar.

While I have a small sample size of dishes I have tried here, I do have a friend who eats here regularly and echos my opinion that the huevos rancheros were better in 2018 than in 2019, while the quality of the food remains very constant at the Sun Bowl location (although this is not something I have been able to confirm personally within the last year).

I was initially excited about the possibility of this location having better food than on Sun Bowl, but in the years I have been going to the Sun Bowl restaurant I know that it is at least consistent, and at the moment I think it is better than the Viscount restaurant. 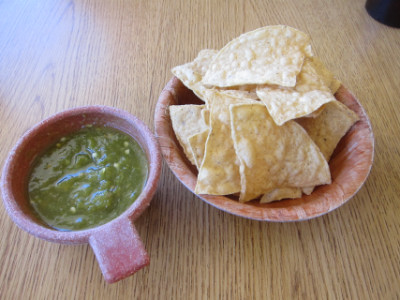 The chips and salsa were both excellent, although the heat level of the salsa was so high that I might say many would like the salsa at the Sun Bowl location better (and I think I prefer the other one as well).

The chips here were quite good (not unusual for El Paso but at the same time many places do not have chips as good as these). 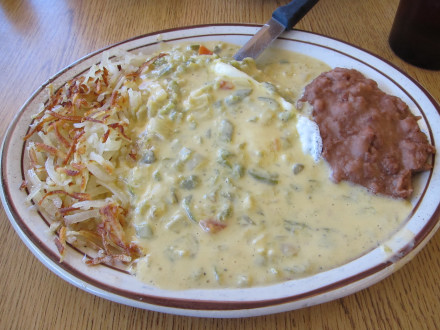 The Huevos Rancheros are the only thing I have tried, and the only thing I can compare to the other restaurant. These are rather unique because they are topped with chile con queso (H&H Car Wash also has this type of sauce but I do not think this is the normal style for huevos rancheros). On my latest visit, though, the queso tasted flat and the green chile was barely noticeable, so I would recommend other restaurants over this one. The good thing about the Viscount Rincon de Cortez, though, was the way the egg was cooked, and if anyone is a stickler for the egg being prepared just right this restaurant is a good choice.

The Hash Browns were excellent (as they have been at the Sun Bowl restaurant). I thought the beans were noticeably better here than on Sun Bowl, but it is possible that my memory is not correct and they may be just as good at the other restaurant.

Additional Comments
At the Sun Bowl location I thought the steaks and meat items were good for lunch or dinner, and probably the same is true here. The Sun Bowl restaurant is larger, seems to be busier, and I would say is their flagship restaurant.

At first I thought the food was better here and that I had found a relatively undiscovered gem, but it has now proven to be inconsistent (probably with a change of cooks). On the other hand, I have found the Sun Bowl location to be very consistent.

For huevos rancheros, though, I would also say to try the H&H Car Wash.