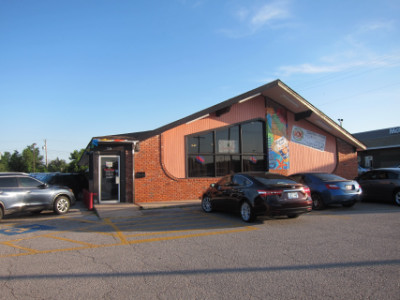 Based on some of the reviews I had seen for this restaurant I had the idea that it might be something very special. It had been called a “New Mexican” restaurant by some (food from New Mexico), but I did not see any indication that this was the case. The food was described in terms that whether or not it was true New Mexico style, it was one of the best Mexican restaurants in Oklahoma City (this is subjective, but I did not think it really fell in this category either).

Focusing on the positive, though, is the fact that there is a large selection of authentic Mexican dishes. At one time this would have been a big deal for Oklahoma City, but thankfully there are now a number of restaurants which serve this style of food.

My initial visit was on a Friday night, and I think this is not the time when you get the best service. They have a bar, and it seemed that several of the employees were spending a great deal of time making margaritas and other drinks (probably at the expense of serving tables). There was a large party in the back with several tables pushed together, and I know this was not a normal circumstance even on the weekend. While the restaurant’s popularity makes a statement about the food, I would say I found quite a few drawbacks in coming here at one of their busiest times. 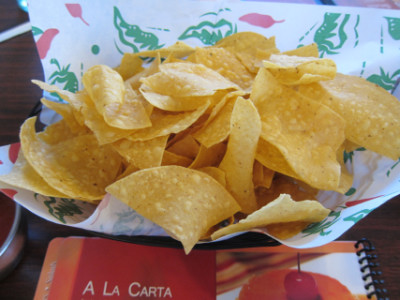 They start out with the usual chips and salsa. Both were better than at some restaurants, but the salsa was the first indication to me that this was not “New Mexican” food. The salsa had a moderate spice level, and was more characteristic of traditional Mexican flavors than of those from New Mexico (actually I would say it was fairly typical of the salsas in Oklahoma–not truly authentic but fairly good).

I did not have a particular reaction to the chips, either positive or negative.

They also have a spicy salsa available on request. I thought it was too spicy, though, full of seeds, and did not have a particularly good flavor (the regular salsa was actually better).

The waitress said they have queso dip but it costs extra. 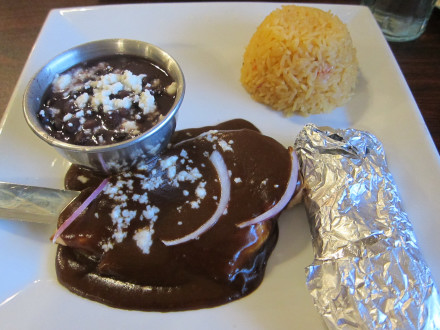 It was a real treat to have Mole Poblano available on the menu, and naturally I had to take advantage of it. The flavor was a little bland, but it was still a treat to be able to order the dark mole (poblano style). The chicken was a little different than what I think is traditional–they served a whole chicken breast instead of the shredded chicken which I think goes best with the mole.

I was not terribly impressed with the flour tortillas served with the dinner, although I was glad that they were included (you can get tortillas with any meal, though, just by asking for them).

The Rice was good, but the Black Beans were just about the highlight of the meal (and were some of the best I have had anywhere). 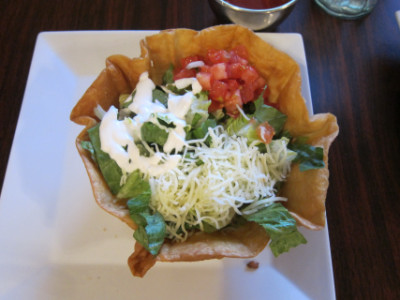 I did not try the taco salad, but I do have a photo of it. I was told it was “bland,” mainly because it had a lot of meat but very little lettuce and other vegetables (I can attest to the fact that under the toppings is mostly ground beef).

One of the attractions of Cantina Bravo is that it has four or five salads on the menu, but apparently some are a little lackluster.

Other Observations
The restaurant does not claim to be “New Mexican”–this is only a statement I saw in some reviews. I think this is because some of the enchiladas come with green sauce (although they apparently do not have a red sauce, as a true New Mexican restaurant would offer).

The menu seems to be a mixture of authentic and American style dishes, but the “gringo” dishes still keep a lot of the Mexican flavors rather than being traditional Tex-Mex food. They did not have horchata, but otherwise the menu was pretty much what I expected.

The staff was clearly struggling to keep up with the crowd that was there the night I went. The kitchen came through, and we got the food we ordered, but otherwise I thought this restaurant was even more problematic than the other Mexican places in town which are traditionally busy on weekends.

In the end the mole was a little disappointing, but I applaud the fact that they put it on the menu, and I do not think my like or dislike of this dish has much relevance to the quality of the other dishes served (enchiladas, etc.). Thus I am giving this review with a little bit of a disclaimer that I have not yet tried a good sample of the food. 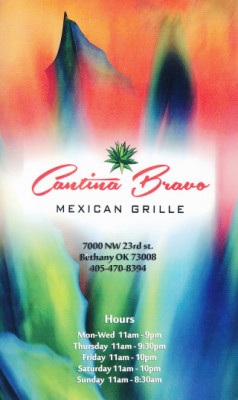 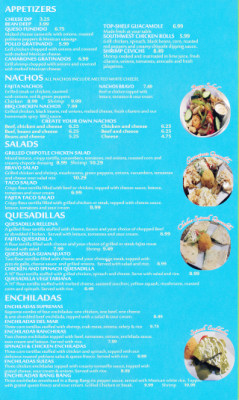 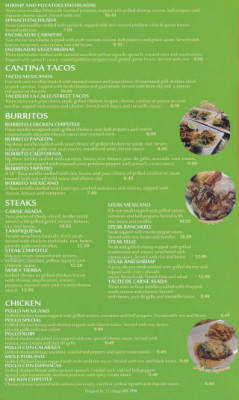 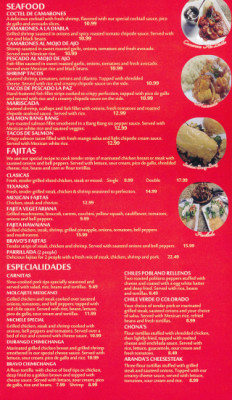 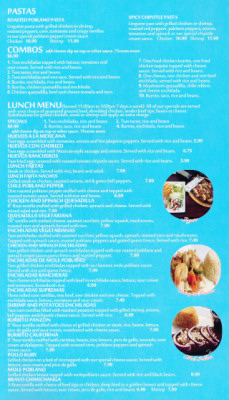 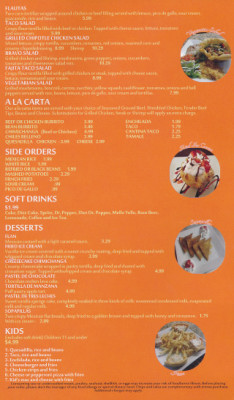