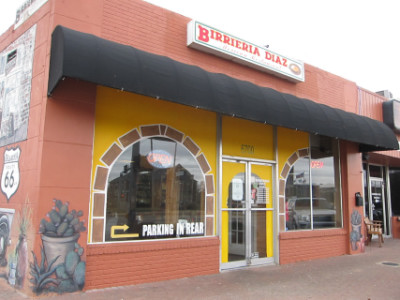 I have had two problems with birrieria restaurants–one is that I cannot pronounce it and the other is that for a long time I did not know what it was. The first problem will probably never be solved, at least to my satisfaction. The second, though, can be solved easily by visiting Bethany and trying birria, the signature dish at Birrieria Diaz. Birrieria restaurants are popular in certain parts of Mexico and the United States, but I never encountered them in my own dining experience until my visits to Birrieria Diaz.

Birrieria Diaz serves food from the area of Calvillo, Aguascalientes and offers much more than birria. I have watched somewhat of an evolution of the restaurant and the menu since its establishment in 2011 when it had a smaller menu and was a relatively unknown restaurant to a place that has a wide variety of choices and has become so popular that it has now taken over the space next door to open a second dining room. They started out with a limited number of menu choices but frequently had specials of authentic Mexican dishes that were hard to find in Oklahoma. As of March 2012 the owners informed me that some of the previously advertised specials were available on request, and would soon be added to the menu. Over time (including my latest visit in 2021) I noticed that the menu had been greatly expanded but that they no longer had any specials available. I expect that they still will have some specials from time to time including specials for Lent or other holidays.

I have always liked Birrieria Diaz’s concept of serving authentic Mexican food and believing it was so good that people would like it rather than starting out with an Americanized version and hoping they could gradually convert people to the real thing. They have made some accommodation to local customs by offering chips, salsa, and cheese sauce as appetizers (although the chips and salsa here are much better than the typical ones served in other restaurants). I have had a sopapilla here although I am not sure if it is currently available. Assuming that my theory is correct I would say that there are enough familiar items on the menu that people can start out with them (tacos, enchiladas, etc.) and then branch out into more unknown territory as they have the desire to experiment (as I did with the birria and other items).

Prices are low here partly because you do not get the elaborate “setup” here that is common at many places, but which adds to the bill and which is very different from the type of meals that are served in Mexico. Birrieria Diaz does currently serve chips, salsa, and cheese sauce however.

There are, of course, a number of restaurants in Oklahoma City that serve authentic food. My theory about Birrieria Diaz, though, without a whole lot of other examples with which to compare it, is that they make it more accessible to the non-hispanic population because of the restaurant’s location, making the menu understandable to people, and really serving more upscale Mexican food than is available at a lot of other places. 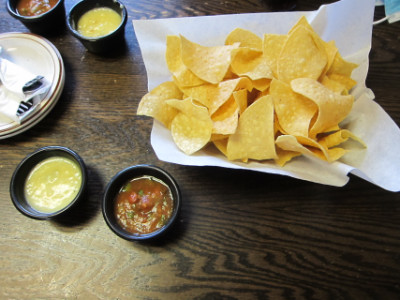 I believe the the Chips are made in house, and I certainly think they are among the best in OKC. There is only one Salsa served, and the flavor is excellent. It is not as spicy as some “special” salsas served at other restaurants such as habanero, etc., but it is spicy enough for my taste. To me the authentic flavor is the important thing.

They recently started serving a cheese sauce that I believe is an accommodation to the local custom at Mexican restaurants. It tastes fine, as do most of the others around town. 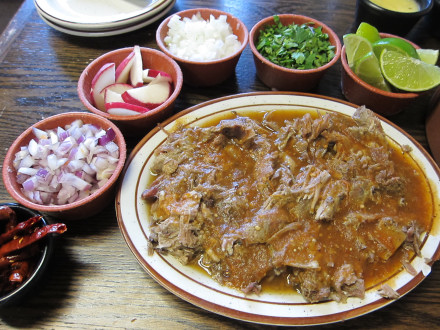 Birria is the signature dish of Birrieria Diaz, and one which I very much wanted to try. I had actually ordered it in 2011 in the restaurant’s infancy, and on what I think was my first visit here. At the time it did not strike me as being one of the restaurant’s best dishes, but restaurants change and my tastes change, and I was finally able to give it another shot in 2021. This time, probably with a more open mind and with a knowledge that certain of my tastes had changed, I did see the reason the restaurant considers this to be their signature dish. Both the meat (lamb) and the consommé had a wonderful flavor, and I got a big kick out of all the condiments served with it including a large bowl of tortillas–both soft and toasted. I made certain to first try it plain and then with various toppings. The toppings were certainly good but the birria does stand on its own without them if anyone is inclined to eat it this way. 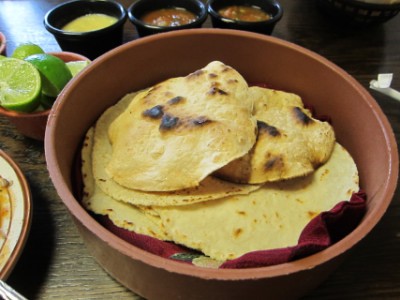 Birria comes with a basket full of soft and toasted tortillas

The birria comes in three sizes, and the one shown in the photo is the medium. This would have been the right size for me except that I did not account for the large amount of condiments including a very large basket of tortillas. I still ate all of the stew and a good portion of the tortillas, but I will admit it was a little larger than my normal sized lunch (I did enjoy being able to splurge on this, however). Lamb is not always my favorite meat, but it is the traditional choice, and the meat here had a flavor and quality that made this perhaps my favorite dish at Birrieria Diaz (although there are two or three others that have been my favorites over the years). 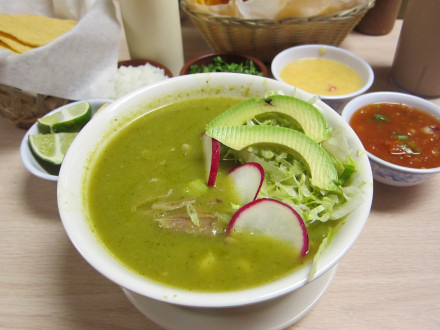 I need to qualify the statement of these dishes being my favorites by saying they are ones I enjoy and that are on the menu and available all the time (not just as specials). Perhaps the one at the top of the list is the Pozole, although all of my favorites are either equally good or are a very close second. I have only ordered the pozole verde, although they do make a version with red chile  The verde (green) version contains hominy with pork and avocado, along with condiments which you can add (these have been slightly different the several times I have ordered the dish). Two that I thought were particularly good were thyme and lime. 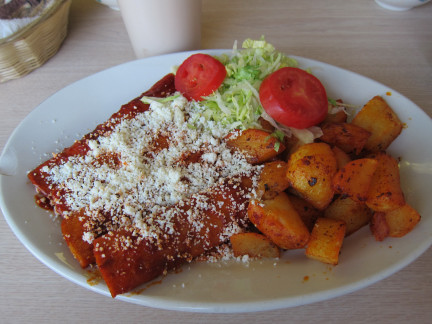 Although Birrieria Diaz does not have my favorite Enchiladas in town, I do like them because they taste like ones I have had in Mexico, but without the excess grease I have sometimes experienced south of the border. There is not a lot of chile and it is not particularly spicy, but the red and green varieties are true to the way they do it in Mexico (I usually prefer the red). 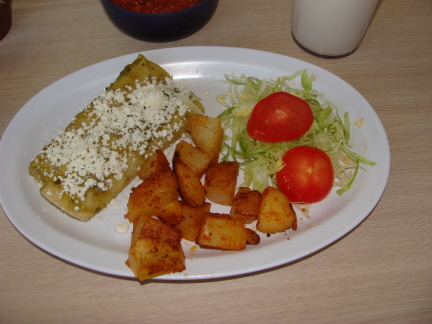 Although things may have changed, in my experience an order of enchiladas has four of them, the lunch order has three, two enchiladas are a half order, and you can get one a la carte. 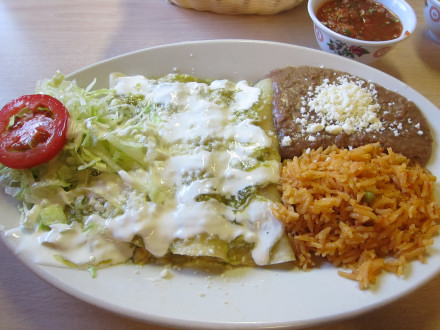 They have also offered Enchiladas Suizas as a special although I do not know whether they have now made it to the menu or can always be ordered. These have green chile with Mexican crema on top (and in my opinion are better than the regular green enchiladas). 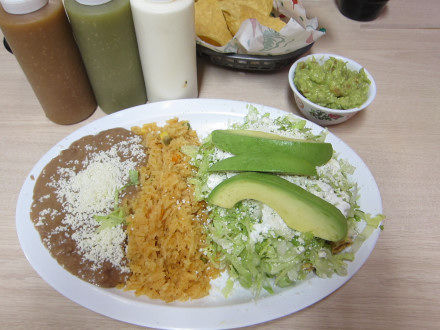 Flautas are consistently good here, making use of the same green chile and crema that they put on enchiladas and other items, but adding avocado. Like the enchiladas, the flautas are good with chicken inside. Cotija cheese is also added to the flautas. 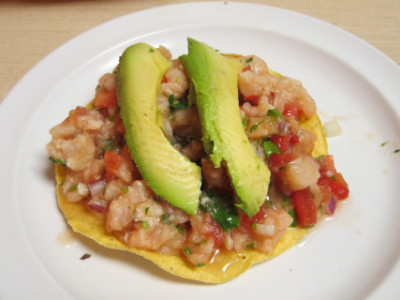 Ceviche Tostadas are not something I generally think about ordering, but they are so good here I can say they are among my favorite items. The key seems to be that they use fresh fish with a flavorful mix of other ingredients.

The Tortillas are worth mentioning because they are excellent and I believe they are house made (this is not a menu item but they come with many of the dinners). 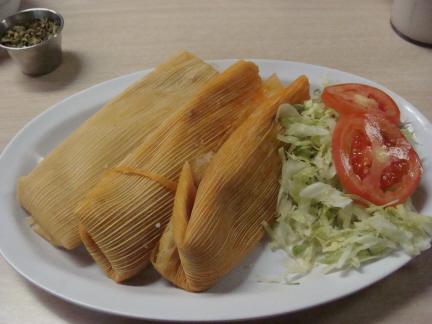 I have not been a big fan of the Chile Relleno or the Tamales although some Christmas tamales I had were quite good. There is nothing on the menu I would really avoid other than the fact that I think I can get other things that are better. 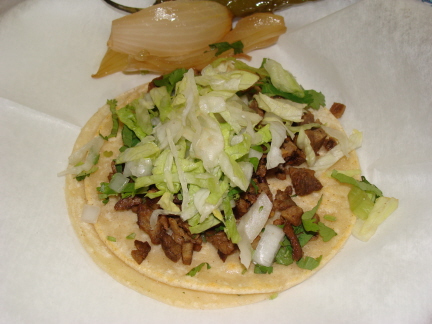 I have not ordered the Tacos very frequently, but they have been good and served the authentic style.

Specials
Specials are usually quite good because they taste like something that is come cooked, but they are disappointing because usually I do not find them available again. Still, I would almost always advise ordering specials when they have them. 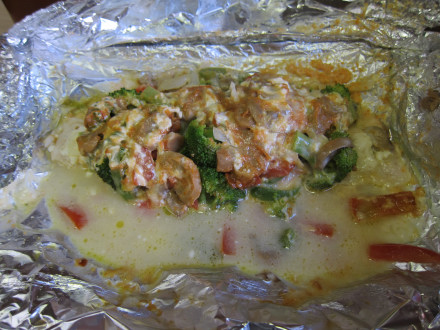 Most of the seafood dishes I have tried here have been specials. A Filete Empapelado was very good (this was tilapia with broccoli and cheese sauce steamed in tin foil). I was not as enthused about the breaded fish I tried.

The Tacos al Pastor were quite good (near the level of the ones at Abel’s) but it was a special, and I do not know if they are now on the menu. 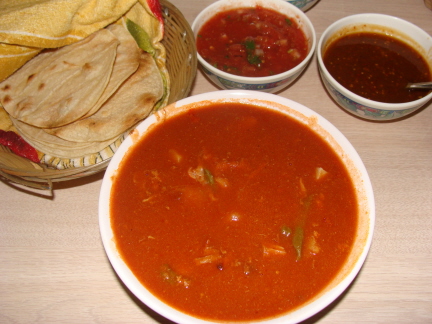 Sometimes moles are available as a special. I really liked Mole de Espinazo, a mole with pork spine (bones and meat included), cactus, and potatoes. It was quite spicy, and must have tasted much better than it sounds because I do not think I would order it based on its description (I ordered it because I trust that the cooks here know what they are doing). There was also a Mole con Tortas de Camaron on spcial which I did not like quite as much because it was made with shrimp cake (but interestingly also had cactus and potato). In both cases the mole was a thick red chile sauce. 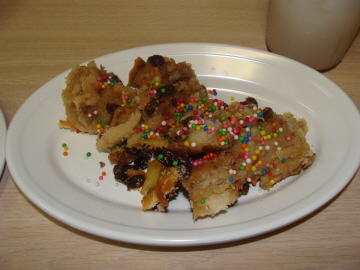 Capirotada served on Fridays during Lent

The restaurant offers Lent Specials which usually include some kind of seafood as the main item with Lentil Soup and Capirotada for dessert (but they sometimes run out of certain items by dinner time).

An Overview
I have omitted many other excellent items because I do not want to lose readers by giving too many details, but I just want to give people the idea that the food is excellent here.

There are some things here that I do not like a whole lot, such as the fact they most of the plates just have one item, and they do not really do combination plates where you can try a little bit of several things along with side dishes of rice and beans or else a substitute for them.

I think the food has improved over the ten years that the restaurant has been open and that I have been going there. Some of the items I say I liked less are also ones that I ordered shortly after they opened, and they may very well be better now. The birria seemed better to me on a recent visit than it did when I first ordered it, but of course it could just be that my tastes have changed.

The prices are a reason to come here, especially when compared to other Mexican restaurants. One of the biggest drawbacks was the fact that it was crowded, but they have now doubled the dining area and I do not think there should be any problem finding a table. When I went in 2021 I found that the extra space allowed people to practice social distancing although I do not remember seeing any tables marked off where people were prohibited from sitting.