Warning: The magic method Gallery_Img::__wakeup() must have public visibility in /home/foodblog/public_html/wp-content/plugins/gallery-images/gallery-images.php on line 97
 1492–The Village, OK | Steve's Food Blog
Skip to primary content 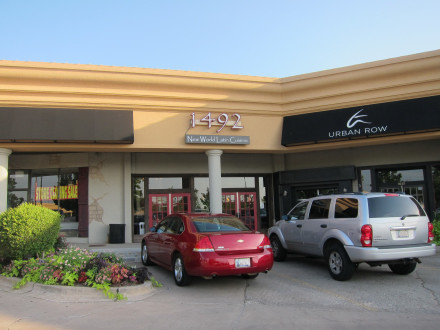 One of my biggest gripes about restaurants is when they try to mislead people about their food, so I have to give 1492 credit for being up front about what they serve. My experience in 2016 (and my review) indicated that this was possibly the only restaurant in Oklahoma City with authentic food worthy to carry on the tradition of the now closed Adobe Grill.

On my return in 2017, though, the waiter indicated that they had changed the menu, and that it was now largely just Tex-Mex food (which had always been their most popular cuisine). Not only had the item I tried before (pollo azteca) been removed from the menu, but the one I intended to try (chicken and mole) had been removed as well. I found few possible substitutes that were southern Mexico style alta cocina dishes, and in fact I am not sure there are any. The menu has always consisted mainly of Tex-Mex items but I am sorry that some of the other choices are now gone.

I initially came to 1492 because of the opening of their second location in Casady Square at Britton Rd. and N. Penn (Pennsylvania Ave. for those who are searching for it on a map). The original location on North Walker in Midtown had been known as being expensive but better than most Mexican restaurants in town. The reviews were skewed between those who loved it and those who felt let down, but I was more in the first camp when I was able to experience it for myself. 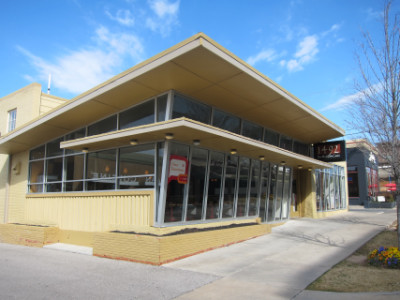 The “New World” cuisine concept of 1492 covered everything from Mexico to South America. The old menu described the geographic origin of several of the dishes, including Cuba, Venezuela, Puerto Rico, and even Tex-Mex.

The menu now prominently features fajitas and other Tex-Mex dishes. There is a Venezuelan Pabellon (brisket marinated in red wine “ropa veja”) and a Cuban puerco criolla. I am not sure, though, that I could say the restaurant overall is representative of Latin American cuisine. 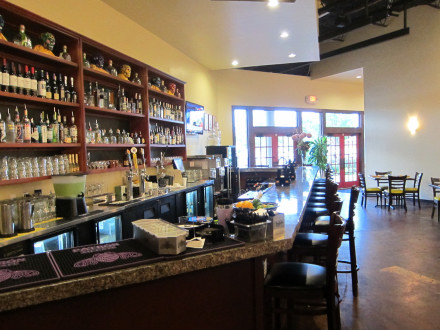 The spacious bar at the Casady Square 1492

The new restaurant at Casady Square takes up the space originally occupied by Pancho’s Mexican Buffet and then by Hunan Chinese Restaurant. These former restaurants were designed to accommodate a large number of tables, and in comparison 1492 seems that it is using a very large building for a relatively small number of seats. A large portion of the space, though, is taken up by 1492’s upscale bar. I did not sample anything from the bar, but I thought it was noteworthy enough to provide a photo. 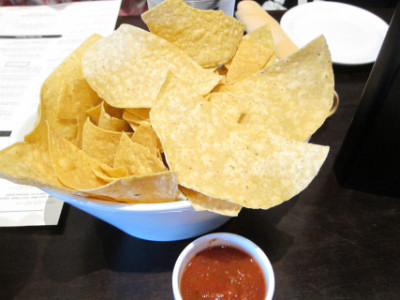 1492 serves excellent chips and salsa. The salsa was flavorful but not terribly spicy (but it didn’t taste like watered down tomato sauce either). 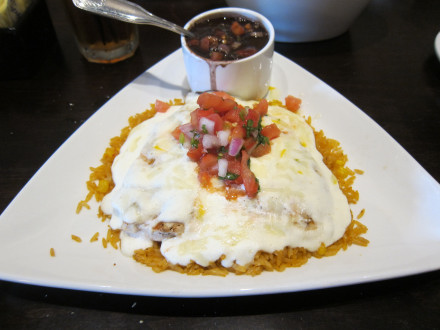 A visit in 2016 allowed me to try an outstanding dish–the Pollo Azteca. I thought this was very close to alta cocina style food from Mexico, and really filled the void left when Adobe Grill closed.

I can provide details about the pollo azteca, such as that it had crema along with some tomato and cilantro on top, but there are many restaurants that use these ingredients and do not have food that tastes the same. This was not a spicy dish, and the garnish on top did not have the spiciness of pico de gallo, but it was every bit as satisfying as many dishes which have a higher spice level.

The Black Beans served on the side were very good as well, and I would say better than at most restaurants (I believe the black beans are still served and have not been discontinued).

Chicken and mole is also on the “discontinued” list, and I am disappointed I did not get to try it. 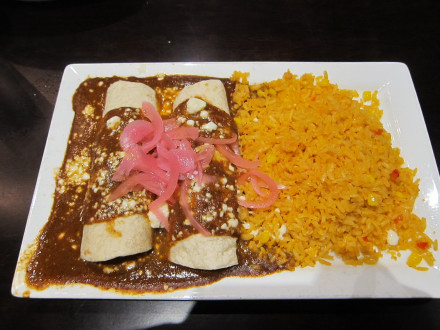 The menu in 2017 did not seem to have new items, but only omitted certain dishes that had been served before. The one I ordered was the Mole Enchilada de Carnitas which actually contains two enchiladas. My favorite way to eat mole is usually not on enchiladas, but I will take it any way I can get it. The dark mole here is normally my favorite, and the one here was good. The waiter informed me, though, that they had changed the recipe of the mole from last year so this explains why I did not think this was one of the best moles I had tasted. If I could still order the pollo azteca I would definitely recommend it over the mole enchiladas if your goal is to eat the best Mexican food available. 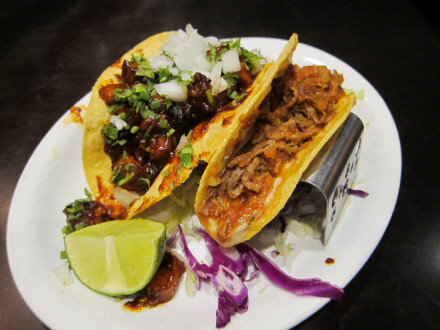 Although I did not sample the tacos I thought it would be worthwhile including a photo to show their obvious high quality (and it was reported to me that the flavor was very good as well).

Overall Impressions
The restaurant is expensive, and the overall quality has been very high. What you probably do not get is a lot of choice in menu items. The biggest choice is in Tex-Mex items, but other restaurants in town such as Abuelo’s also give you very good Tex-Mex food (thus I am not terribly excited about the items served at 1492).

The portions were generous, but not huge. The atmosphere was quiet and attractive. Although I am disappointed about losing some of the authentic Mexican food choices, the restaurant at least is honest in telling you which items are authentic and which are Tex-Mex.

Best Item: Pollo Azteca (but it is no longer on the menu)