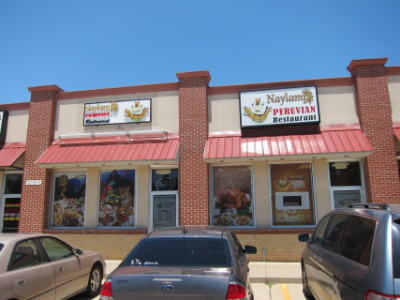 Naylamp Peruvian Restaurant in Warr Acres is the second location for the popular restaurant located on S.W. 44th St. in Oklahoma City. It is also one of several Peruvian restaurants which have opened in northwest Oklahoma City over the past several years (many of these have since closed, but let’s hope that this restaurant has better success).

Because of the others which have been open, I have several points of comparison for Peruvian food. I understand that the owners of Naylamp are related to some of the people who have operated the other restaurants, but this does not mean the food has been the same. Even when a spinoff of Inca Trail opened in Bethany I thought the food had noticeable differences, so I have to say that everyone has their own interpretation of how Peruvian food should be prepared.

Other reviews of Naylamp indicate that ceviche is a very popular dish here. I did not try it, but the dishes I did try are the same ones I have ordered at other restaurants. Naylamp has the Chicha Morada drink, something that I think bolsters people’s claim of the restaurant’s authenticity. 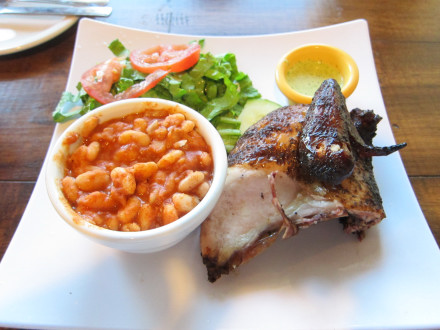 Of the two chicken dishes I sampled, I thought the Quarter Chicken was better in terms of flavor and of how it compared to other restaurants. The meat was a little dry, but the flavors were good. 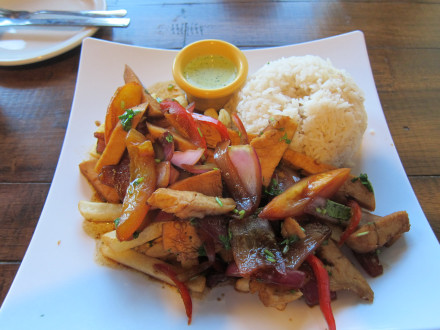 The Pollo Saltado I ordered also had chicken which was a little dry, but overall it was still a good dish. I just think if you can make it to Zarate’s in Edmond you will get a better one (the one at Zarate’s also comes with a plantain and a choice of either green or yellow sauce, and I think this makes a big difference). The flavor of the pollo saltado was fine but I think it needs some of these other items to make it a complete dish.

A Preliminary Assessment
Both my rating of the restaurant and my comments are subject to change because I have had such a small sample of the food. Nevertheless, people on the west side of Oklahoma City now have another option for ethnic food (which is apparently authentic), and this goes along with one of the main purposes for this blog. I enjoyed my experience at Naylamp, and even though South American food is not spicy like Mexican food, it is nonetheless flavorful.

The chicha morada drink was good and I would recommend getting it with a meal. I would also recommend asking if they have a choice of sauces (I usually like the green one) and side dishes (I usually like the plantains). I don’t know if ordering all these things would run up the price to the point I would not want to order them, but I think it would be worth inquiring.